In the midst of the fight against the Covid-19 pandemic, one would have expected the provision of Personal Protective Equipment (PPE) to the frontline health workers to be the least topical issue than is currently the case. It should have been a given that it wouldn’t rear its ugly head anywhere particularly during the difficult period of Covid-19.  But sadly, the issue has become so topical to the extent that it has reached the court of law on a certificate of urgency. It is public knowledge that the court has since dismissed it with costs. Frontline health workers particularly the nursing fraternity has raised the PPE issue as soon as it became clear as daylight is, that the fraternity will be deeply involved as first point of contact in screening, testing coupled with any other task or duty attendant to the Covid-19 pandemic.

Without the expected and committed involvement of the frontline health workers, the mission of determining the extent of the pandemic within the Republic borders on the said mission falling flat on its belly. In this regard, government would have spectacularly and dramatically failed to protect and preserve the well-being of its citizens and residents. I suppose this is not the intention of government for history will judge her harshly. The Ministry of Health and Wellness under whose portfolio the fight against Covid-19 substantially rests, has previously and up to this point, promised that it will provide the frontline health workers with the requisite PPE. If this promise is to be believed and has actually been implemented, why would the Botswana Nursing Union (BONU) and at great cost for that matter, approach the court on a certificate of urgency to ask the court to compel the State to provide the PPE sooner than later? If the Ministry of Health and Wellness has indeed procured and provided the PPE,  the dismissal of the case with costs is justified. But if the same has not been provided as it appears to be the position of BONU, something is horribly wrong somewhere. It is either the Ministry is awfully lying or the BONU telling the truth or vice versa.

The nation has been informed on numerous fora that conditions and facilities at various points       suspected Covid-19 persons were held were fairly habitable to host such suspects. This has since been heavily disputed by the very persons who were accommodated at some of these facilities. At some point in the not so distant immediate past, a Gaborone corporate lawyer John Carr-Hartley is reported to have ‘forced government to provide segregation, sanitary and hygienic conditions with proper infection control and protection to his daughter and others in different quarantine facilities in Botswana.’ By the understanding that the Judge who presided over the matter Justice Tebogo Tau ruled in favour of Carr-Hartley, it suffices that conditions in the quarantine facility Carr-Hartley’s daughter and others were held were far too inhabitable. It may be safe to assume that similar inhabitable conditions may have obtained in other quarantine facilities as already suggested. In the same vein, it may very well suggest that the PPE may be lacking in other stations where health workers are based. I will readily accept that not all frontline health workers require a full PPE attire as compared to those who are in direct contact with Covid-19 positive persons. An ambulance driver and all things considered who may be transporting a Covid-19 person I want to believe, is not directly in contact with such person and would therefore not require the same protective attire as would the nurse accompanying such person. Given the Hartley-Carr court case, there could be some dishonesty and bad faith on the side of government with regards to PPE issue with BONU.

The Ministry of Health and Wellness raised a point in the recent BONU case that it had ‘no statutory duty binding it to provide food, transport and accommodation to the front liners.’ It may very well be so though I accept it with a pinch of salt. But I will take issue with this position to argue that given the position of government to do all in its power to vigorously fight Covid-19, it is disingenuous in this instance of the very government to absolve herself from providing food, transport, accommodation and PPE to frontline health workers particularly under lockdown and state of public emergency conditions. The no statutory duty narrative under the circumstances is profoundly callous and not in the best spirit of acknowledging that while health workers in particular are by the very nature of their duties under obligation to be the first direct contact with Covid-19 persons, their individual and collective livelihoods are at a far greater risk. Dealing with Covid-19 persons is an extraordinary, emotive undertaking requiring extraordinary empathy and sympathy. It is so sad that government would want to hang on to misplaced legalities against her own citizens when circumstances are of extreme, extraordinary nature. Government is for example providing assistance in the form of food parcels to citizens who under normal circumstances would provide the same for themselves. But because these are extraordinary circumstances, government has correctly not hanged on the so called statutory duty. She has correctly demonstrated her obligation to her citizens who are in distress not out of their own making. This obligation I argue, should also accrue to the frontline health workers because they are also under distress not out of their making.

With the stand-off between BONU and government seemingly not indicating any signs of cessation to hostilities, the fight against Covid-19 could very well be compromised with the resultant catastrophic consequences too dire to contemplate. I am overly disappointed that even Members of Parliament (MPs) at the just ended extraordinary sitting of parliament did not take the Minister of Health and Wellness head-on with regard to the plight of frontline health workers yet, the sitting was called to specifically deal with the Covid-19 matter. The issue of the PPE should have been adequately addressed given its utmost importance to dealing with the pandemic apart from the simple thanking of the frontline health workers by MPs. If indeed frontline health workers do not have the requisite PPE to confront Covid-19 pandemic, it is as good as sending police officers to arrest criminals who are armed to the teeth when they themselves are ‘armed’ with batons. I am prepared to be persuaded otherwise as always. Judge for Yourself!

ADDRESS OF UNION MEETING ON TOP OF BDF VAN 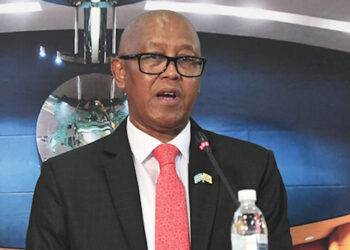 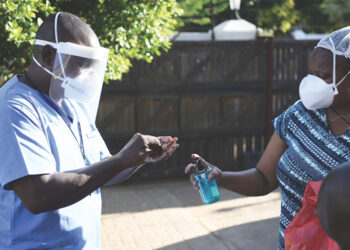 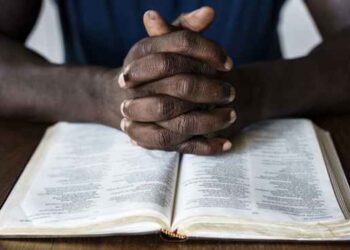 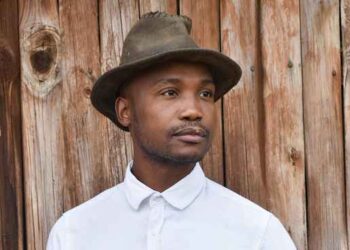 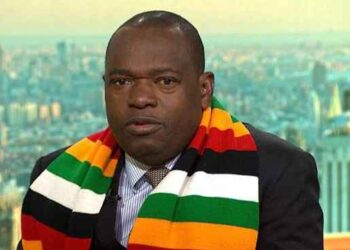 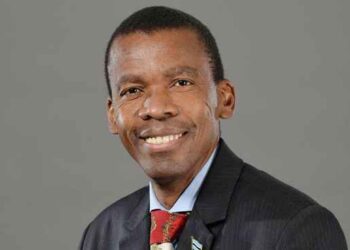 COVID VACCINE ON THE PIPELINE