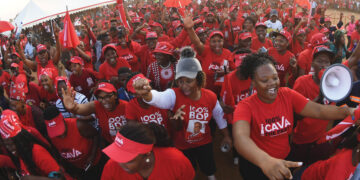 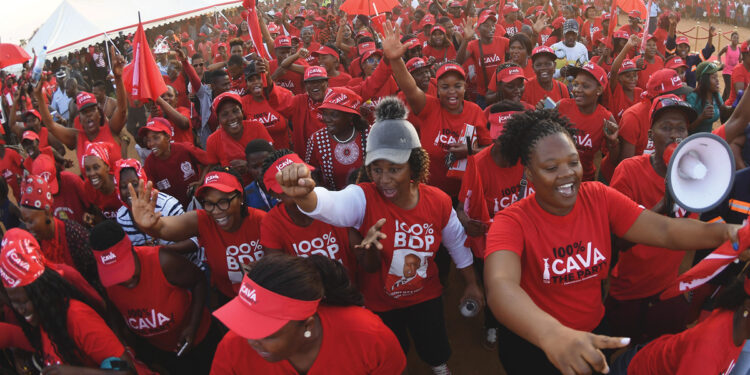 The reset and reclaim notion as pronounced by the President a fortnight ago is a big political talking point whose interpretations and implications are far reaching for the Botswana Democratic Party (BDP) and the country. My understanding is that the BDP through the President recognises and correctly so in my view, that a lot of wrongdoing has occurred in the country which to a large extent, contributed to our current political and socio-economic circumstances. The BDP acknowledges and correctly so that a lot of ills key among which is corruption in its many manifestations have negatively impacted the economic agenda of the country hence our current downslope trajectory. Where I differ with the BDP in so far as getting to the bottom of the causes of our problems is that the party seems content with scratching the surface to find solutions instead of digging deep in order to uproot the causes to avoid rec+urrence. Given the fact that Botswana has only known BDP rule for over half a decade, the party can neither be an investigator, a prosecutor and judge in its own case. Reasons are pretty obvious. The BDP will pull all the stops to protect itself and its big wigs from any wrongdoing for fear of reprisals.

That is why I am suggesting an independent public inquiry into the problems such that the reset and reclaim notion begets its true meaning than the cosmetic posture being thrown around. Under normal circumstances, there wouldn’t be any talk about an inquiry because the political and the technocratic leadership would have ensured such inquiry is not necessary by fulfilling their respective mandates without fear or favour. I am not persuaded the BDP can alone diagnose the problems confronting the country because it will lack objectivity as it will be investigating itself. The huge benefits of an inquiry if pursued in good faith with capable persons, would provide an in depth analysis of the problems together with long term solutions. This will be a huge plus for the BDP because the rest and reclaim notion will get the traction it requires with attendant spin offs; it will position the BDP politically speaking, in good light in the eyes of the citizenry.  But fear and favour have all been the hallmarks of the BDP government for the last 55 years. Like I have said it in the past, there is no difference between the BDP back and front benches hence the better part of the myriad of problems the country faces. Throughout the years, the front bench did as it pleased and with such contempt as it still does because no one held it accountable in the true spirit of the word. People who occupied strategic leadership positions and still do so across the board are guilty of dereliction of duty. Otherwise, we shouldn’t be in this position if they had performed their duties without fear or favour as alluded to herein.  I am acutely aware however that an inquiry is a big and impossible ask but that is all I can suggest as an alternative to the dismal failures of the BDP government. Scratching the surface as has been the modus operandi is a catalyst to the retention of the status quo. So why are we here?

Top of the list should be corruption which has caused so much havoc like a disorientated buffalo that had just been shot and injured. And this corruption runs across the broader spectrum of the economy being the public and private sectors. The immediate past Ministry of Finance and Economic Development Hon Dr Thapelo Matsheka told parliament recently that Botswana is losing 37% of public funds through fruitless and wasteful expenditure. While such expenditure does not necessarily equate to corruption, the chunk of it should point in that direction. Economists tell us that the 37% wastage means for every P 1 billion government expends, we lose about P 370 million. If you were to think of how many billions of Pula have been expended and how many P 370 million we have lost in the process, you could become the next patient eligible for admission at Sbrana Hospital. By any account, this is not a small loss but a huge one in which citizens and others have purposefully enabled for personal gain yet none of them have ever seen the door of a court of law. This 37% wastage has taken place right under the BDP government which should have decisively and effectively dealt with if there was political will to do so. What we get is endless talk with no tangible results.  The revelations at the South Africa’s Commission of Inquiry into State Capture I argue, are the same as would be the case here were we to establish a similar inquiry.

Two high value projects come to mind and these are the over P 10 billion Morupule B power station and the over P 500 million glass factory both located at Palapye. Needless to say, if Morupule B was properly constructed, Botswana would be having oversupply of electrical power. Two economic benefits would have accrued therefrom. Firstly, Botswana would be having reliable electrical power for local consumption and secondly, we would be exporting such reliable electrical power with a lot revenue to the country. With regard to the glass factory, we would be a fairly huge exporter of glass products with revenue also accruing therefrom not forgetting the creation of decent and sustainable jobs. We have lost these benefits let alone the huge public funds invested in these projects with no economic returns yet, BDP government is not interested in trying to investigate what went wrong. There is no genuine desire to recoup what the country has lost looking at the body language of the BDP government. The mere resetting and reclaiming narrative without dealing with the above is illusionary more than anything else.

Government continues to pump in a lot of money into the many and dysfunctional State Owned Enterprises. Some of these enterprises like Botswana Railways and are known to have spent huge amounts of public funds on second hand equipment like rolling stock when it was known such equipment was not new. BR Express passenger coaches are second hand as reported by the Sunday Standard online edition dated 4 April 2016 which report said ‘The troubled CEO of Botswana Railways Dominic Ntwaagae is reported to have confessed to the BR board that the recently launched R 280 million passenger coaches are not entirely new.’ It boggles the mind why individuals who procured the second hand passenger coaches (the board and executive management) when the nation was duped to believe these were brand new coaches have not been held to account in any form or shape. What would become a slap on the faces of Batswana is that the said CEO has been rewarded with a plum job outside the country. If you don’t believe it you better do so.

The above example is not only peculiar to Botswana Railways but to the entire SOEs given their poor performances in terms of the overall failure to deliver their mandates. Corporate governance is the biggest no go area in SOEs. This is borne mainly out of patronage appointments of both executive management and the board. There are instances where individuals who apply for CEO positions for example and who would have scored the highest are not successfully appointed. In some other absurd circumstances, even those who would have scored poorly further down the line are appointed.

Corporate governance is rare commodity in all SOEs as demonstrated by the revelations at meetings of the Parliamentary Committee on Statutory Bodies and State Enterprises. What you see in these meetings is what you get. More disappointingly is the fact that the rot at these enterprises happened right in front of BDP political leadership in both cabinet and parliament. Ministers or their delegated officers as shareholder representatives in SOEs have looked the other way when the rot runs deep. The less said about MPs the better.  Yet, none of these two structures has ever mustered the courage and conviction to cleanse the enterprises of the rot in the over half the decade they have been in charge of this Republic. When he was appointed the Finance Minister back then, Hon Matsheka talked about a sub-committee he would chair which would address the precarious situation of SOEs. The talk has gone mute. Even if it existed, I don’t think it could meaningfully deal with SOEs.

Botswana is saddled with serious land allocation deficit which reportedly requires about P 96 billion. Instead of reforming and capacitating land boards with competent people, land board positions are allocated on patronage basis consequently rendering them partisan in all manner possible. It is a widely held view that land board members are at the deep end of allocating land corruptly with attendant corrupt practices as the end result. Because land is a highly sought out commodity with valuable returns, those who know say land board members make serious financial gains from it.

Without meaningfully addressing all the above, the reset and reclaim notion is bound to fail before it even begins. The BDP has become so complacent that it doesn’t take itself seriously let alone the citizenry. Cosmetic solutions it proffers like the rest and reclaim are in my view public relations stunts meant to hoodwink the citizenry to believe something concrete is done to address their bread and butter issues. The perennial chopping and changing of senior civil servants; the rotation and retention of board members of SOES; the ‘cadre deployment’ of BDP activists across public institutions; BDP backbench failing to perform oversight function on the front bench; institutions of the State pursuing political expediency instead of their Constitutional mandates, the rest and reclaim notion for me, remains a populist rhetoric and more importantly, a rehash of a movie seen before. An inquiry, much as it is a bridge too far some would argue, could turn things around for the better. I am prepared to be persuaded otherwise as always. Judge for Yourself!

We can keep Covid-19 numbers down only if we adhere to all health protocols. Let us do so.

WHO REALLY WRECKS A MARRIAGE?

WHO REALLY WRECKS A MARRIAGE?