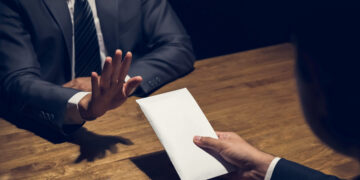 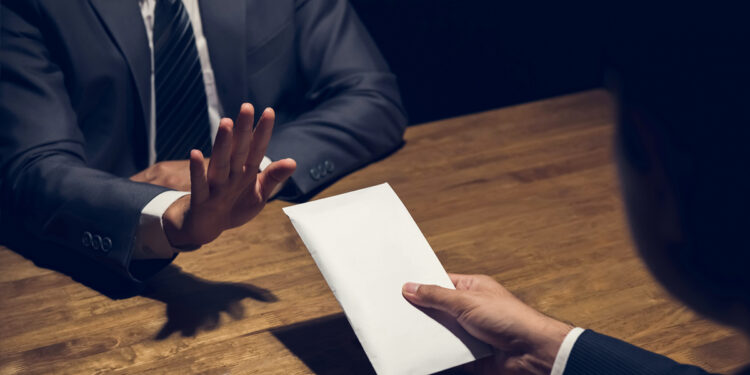 I have written about the subject matter pre the era Covid-19 pandemic. I feel the urge to write about it during the pandemic where probably more than ever before, all hands are required to be on deck. But not when senior public servants have divided loyalties-to serve their own personal interests via their business entities doing business with government and, providing another loyalty to the same government to ensure public policy is complied with for public good. Public policy in the context of this conversation will mean complying with the rule book particularly the Public Service Act, the Public Service Charter and other relevant instruments to ensure uninterrupted and quality service to members of the public. In the era of Covid-19 pandemic, the public purse we are told, has shrunk big time with everyone expected to do more with the little the country has. The exigency of service provision during this pandemic, will dictate that senior civil servants take decisions on the procurement of goods and services without necessarily going through the normal processes and procedures. This, in and of itself, provides a possible gateway to public policy impediment in many respects.

I am specifically targeting the senior civil servants for the reasons that given their executive positions in the civil service, they are in many respects placed at privileged positions of power and authority to manipulate and direct public policy to their advantage; they are better remunerated to form companies which stand a better chance of winning high value tenders accompanied by high value returns; they are in a better position to influence the outcomes of tender processes and procedures for themselves and their buddies; they are better positioned to benefit from insider knowledge privilege. To be fair, not all of them may not necessarily be owning companies but could still use their offices to influence tenders or similar processes one way or the other. Consequently, they stand to personally benefit than junior civil servants whose companies are of low value returns like dimausu (tuck shops).

Government and some public service trade unions agreed during the tenure of the former President Ian Khama that public servants form companies to be able to benefit, for example, from tenders for government projects to augment their salaries. I am really disappointed that some public sector trade unions had the audacity to fall into this self-serving trap instead of fighting hard to better the conditions of their members including wages. Self-serving in the sense that not all civil servants could form companies. Only those who could stood to benefit. An arrangement like this one will always be a fertile ground to possibly breed high value malfeasance, corruption and abuse of office amongst others because it is highly impossible to serve two masters at the same time. The Public Service Charter pillar 5 under ‘Freedom from Corruption’ provides that ‘Public confidence in the Public Service requires that the behaviour of all Officers must be above reproach. Corruption comes in many guises, and once it takes root, it is extremely difficult to eradicate. Bribery consists in the giving or receiving of improper benefits in relation to the duties of Public Officers. Rewards or inducements may include cash bribes, free participation in businesses….Public Officers are required not only to be on their guard against corruption, abuse of office and influence peddling in all its forms, but actively to participate in the fight against corruption…..’ By any measure, the current arrangement of public servants actively involved in private business activities with the employer, government, is in serious conflict with the Public Service Charter. As it stands, the Charter is as good as not there.

Botswana like all other countries at present, is suffering from severe economic downturn as a result, principally, of Covid-19 pandemic. Senior civil servants among them Permanent Secretaries as accounting officers of their ministries, have to be on top of their game in terms of ensuring that every Thebe is prudently used and accounted for. It doesn’t look however that this will be the case. The 37% wasteful expenditure talked about in the budget speech should be case in point. This wasteful expenditure happened in front of these accounting officers individually and collectively. Part of being an accounting officer is to ensure that public funds are strictly adhered to as already stated. While on one hand it is fair to state that the whole of the wastage is not necessarily as a result of corruption and malfeasance, it is fair on the other to suggest that part of it could be a consequence of possible corruption occasioned by unfair business dealings. The unfair business dealings in most instances breed conflict of interest-cum-corrupt activities between the employer and the employees in this instance senior civil servants through their companies and government. Those who deal with numbers say for every P1 billion, P 370 million is wasteful expenditure. For every P 3 billion, P 1 billion is lost.

If it is true that P 1 billion is wasted for every P 3 billion government releases for economic development pursuant to the betterment of Batswana’s socio-economic circumstances, imagine what difference such wastage could have made. A huge difference I would argue! It should not be far-fetched to suggest that in all past financial years, this has been the trajectory. The current policy has worsened the situation. This being the case, government shouldn’t have entertained, let alone agreeing to the actual adoption of such bad policy because by and large, it has created a lot of some of the ills impeding service delivery by the civil service. It is fair to suggest that this could cause animosity between civil servants who own companies and benefit therefrom and those who don’t. But it is political expediency more than the public good which is aided and abetted by those public sector trade unions that the policy was adopted. The ruling party had lost confidence from civil servants during the 2011 public service strike which resulted in teachers and other cadres declared essential service with many of them dismissed from the public service. The policy was adopted in my view to win back such confidence and like I have said, with deleterious consequences. This issue seems to escape Members of Parliament from the opposition in terms of bringing a Motion to rescind the policy. I do not expect the majority party MPs to bring such Motion for obvious reasons.

School boy arguments validating the policy of civil servants doing business with government have been, and still are that they are Batswana and therefore entitled to do such. It has been suggested that civil servants declare their business interest to their supervisors or something to that effect. The thing is that such declaration if it ever happens, is made to an individual who himself/herself may be owning a business and therefore conflicted by the mere fact that his/her company is doing business with government. Whatever arguments are mitigated to validate this bad policy, I am resolute that the policy is very bad for Botswana and Batswana. In South Africa for example, civil servants through their companies or those close to their immediate families have been prohibited from doing business with government (about seven years or so ago) after it was discovered that such companies had siphoned billions of Rand from government through nefarious means borne out of conflict of interest, lack of good corporate governance, abuse of office and so on.

With the senior public servants at the heart of ensuring that Public Policy is implemented and timeously delivered to improve the socio-economic circumstances of Batswana, this is demonstrably unachievable if such senior public servants have divided loyalties-one and the big chunk to themselves and the rest of the crumbs regrettably, to Batswana. The fact that about sixty one Covid-19 related corruption cases have been recorded possibly in front of these senior civil servants since the pandemic broke last year is possibly due in part or whole to the divided loyalties I alluded to above. A senior public servant is reportedly at the centre of influencing a tender at Botswana Television. Similar situations predictably obtain elsewhere in the public service. The sooner government and those public sector trade unions who agreed to this policy rescind it, the better for the country to implement Public Policy for the public good of Batswana. I am prepared to be persuaded otherwise as always. Judge for Yourself!