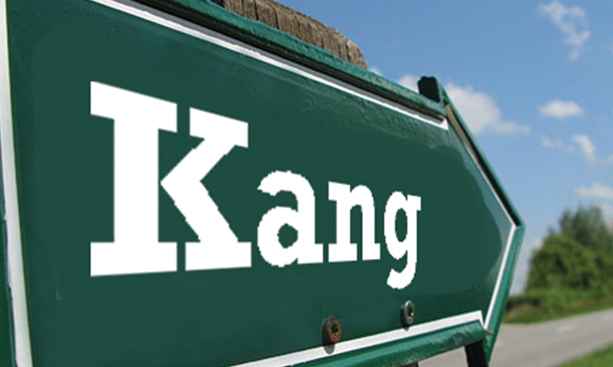 Time for campaigns is over; delegates have been named and counted. What remains is to hit the ballot box to ultimately make or break the ruling Botswana Democratic Party (BDP). The place to be on Thursday night is Kang where last minute outright buying of votes is expected to be at its peak. On Friday the party will finally draw to an end the long running contest of who between incumbent President Mokgweetsi Masisi and Pelonomi Venson-Moitoi will best represent them as presidential candidate in this year’s General Elections.

Masisi has built his campaign on fighting corruption, and creating jobs to lift Batswana out of unemployment mire.

Since he assumed office, Masisi seems to be appealing and having influence in both his party and to the country’s political landscape.  The scales are currently tilting to his side and this was cemented when all of the party’s 14 regions endorsed him as their preferred candidate.

This notwithstanding complaints by Venson-Moitoi camp that the playing field was not level as Masisi allegedly used party and national resources to boost his campaign.

Should he lose to Venson-Moitoi, the results will have a huge impact for the party and the country as he will still remain the Head of State until the general elections and this could destabilise the country as there will be two centres of power.

Though she has stated that she is not a hired gun for former President Ian Khama who has fallen out with President Masisi, the actions and words of Khama betray her statement.  “If you want to put the country back to normalcy vote Mma Moitoi for me;” Khama has continued to champion.

This has been viewed in some quarters as saying he is the one who sent Venson-Moitoi to challenge Masisi for the party presidency. Though he is regarded as a party elder, Khama as man of many firsts, will be the first former president to go to the congress as delegate.

Given the team she’s surrounded herself with, and the policies she’s endorsing, the party will not see the sweeping changes many members are desperate to see.

Last week Moitoi suffered a serious blow when her strategist MP for Tati East Samson Moyo Guma fled the country under dubious circumstances. He claimed that his life was in danger, accusing state agencies of targeting him.  But DIS Director General Peter Magosi has revealed that it is hot in the kitchen for the rubble rouser politician.

As if it was not getting bad for the Moitoi/Khama faction fashionably called New Jerusalem, some of its influential leaders are now seemingly having second thoughts about it.

President Khama’s brother – the Minister Youth Empowerment, Sports and Culture Development – Tshekedi Khama is said to be reconsidering his role and presence in the New Jerusalem faction that is spearheaded by his brother and Guma.

In an interview with this publication, Tshekedi refused to discuss the issue, saying he will put the issue on the table very soon. Tshekedi is allegedly not comfortable to be in the same team with his erstwhile political nemesis Samson Moyo Guma.

It was Guma through the Parliamentary Statutory Bodies Oversight Committee that put TK’s ambition to become Vice President on a halt by exposing his poor management style in the way he ran his then ministry – Environment, Natural Resources Conservation and Tourism – with alleged corruption and maladministration at the Botswana Tourism Organisation. Even during that time TK said that the whole enquiry about BTO was politically motivated. Since then he has never forgiven Guma and was not happy that his brother did not protect him enough.

Since he joined politics, Thapelo Olopeng has avoided being involved in factional politics and has been quiet regarding the fallout between president Masisi and his close associate former President Khama.

Recently during the regional congress in Francistown, Olopeng broke political ranks with his close friend Khama by calling on democrats to rally behind President Masisi and vote for him in Kang. Just like TK, Olopeng who used to be a business partner with Guma don’t see eye to eye and is said to be one of the reasons he doesn’t want to be associated with New Jerusalem.

He was until recently Khama’s blue-eyed boy who had the former President on speed dial. But things have changed fast for both of them – pushing them in opposite directions. Mabaila was suspended by the BDP for five years for trying to influence BDP MPs to pass a Motion of No Confidence against Masisi last year. He decided to stand as independent parliamentary candidate for Mogoditshane and was endorsed by Khama. He recently asked for pardon from President Masisi and rallied behind him.

With the opposition having told the New Jerusalem faction that they will not support them on any Motion of No Confidence against President Masisi, the faction is frantically seeking ways of tabling the motion – the only way as of now of bringing down Masisi who seems to have beaten them in winning party loyalty.

This has kept President Masisi on his toes. On Tuesday, he had to cancel a planned trip to South Africa when his intelligence picked information that a Motion of No Confidence was likely to be debated at Parliament.   The faction had allegedly enlisted the fearless yet soft spoken assistant Minister of Health and Wellness Biggie Butale to pull the trigger.

But later Butale denied ever intending to table the motion, dismissing that as just street talk.

“I am a member of the Executive and therefore I cannot pass a motion of no confidence on myself. It is totally against the law that I can present such motion,” he said. Asked if he will resign as cabinet minister and present the motion, Butale said he won’t do that.