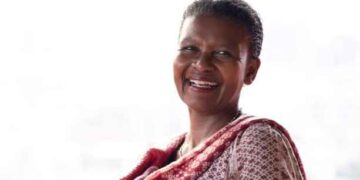 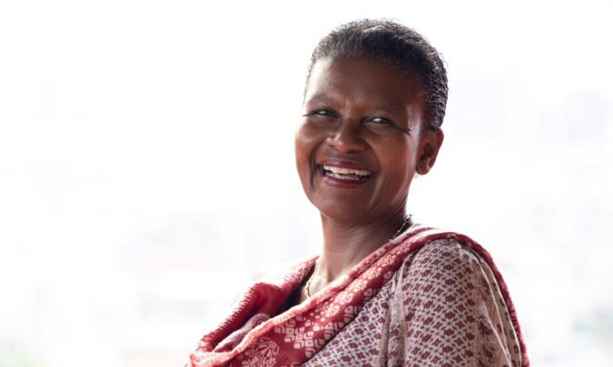 “The universality of human rights is under attack – we must fight back!”

The member organisations of the International Federation for Human Rights (FIDH) elected their new president, Botswana activist Alice Mogwe, during its 40th Congress in Taiwan. Alice Mogwe, a staunch human rights advocate and civil society leader, will lead the Federation for the next three years, ushering in its 100th anniversary in 2022.

In December 2018 Alice Mogwe was the first civil society leader to address the United Nations General Assembly on behalf of over 250 human rights defenders from around the world. As founder and director of DITSHWANELO – the Botswana Centre for Human Rights – she has spearheaded efforts to advance human rights in Botswana and its Southern African neighbours.

“My commitment to human rights is rooted in the Botswana value of botho: the conviction that one’s humanity is bound up with the humanity of each and every person in the world, that every person has the right to be treated with dignity.”

“Our fellow human rights defenders the world over are criminalised, disappeared, threatened, and even killed. The space given to us to express ourselves is shrinking. It is thus more important than ever to emphasize that our values are universal and that we must fight back!” declared Alice Mogwe.

Alice Mogwe succeeds Greek academic and activist Dimitris Christopoulos, who headed the international human rights organisation over the past three years. She assumes her role as President after three years of serving as a Secretary-General of the Federation.

Ms. Mogwe’s academic background in law, public policy, African studies, and mediation has served her well in advocating for the rights of indigenous peoples, women, LGBTI+ communities, children, migrants and refugees. She also fought for the abolition of the death penalty in Botswana and Africa, and for demanding accountability from the extractive industry in her native country.

“We must amplify local voices at regional and international levels. Member organisations are the lifeblood of FIDH; our strength lies in our diversity.”

During her three-year mandate, Ms. Mogwe’s priorities will include:

• Strengthening horizontal cooperation between the Federation’s members, both intra- and inter-regionally, to fully utilise their collective power and capabilities

Gathered in Taipei this week for the Federation’s 40th Congress, member organisations exchanged expertise on a wide array of human rights issues with other human rights experts, diplomats, and representatives of international institutions, and voted on new board members and policy positions.

During the Congress, 16 new organisations were approved to join FIDH, increasing its membership to 192. The newly elected International Board is composed of 22 activists from 21 countries.

Composition of the new FIDH International Board: