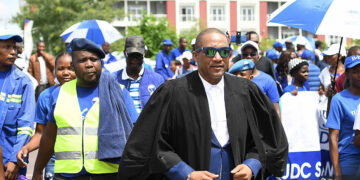 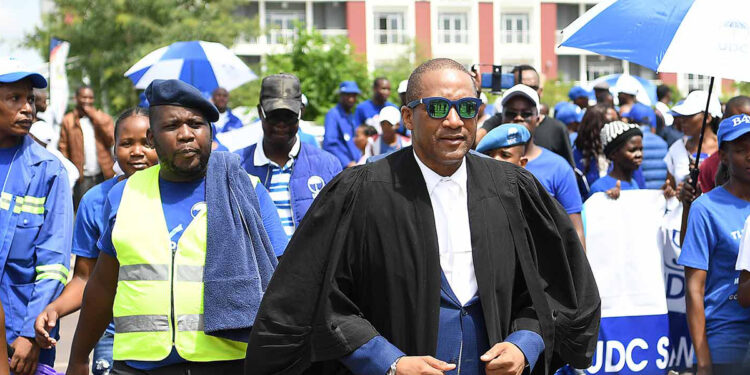 The Umbrella for Democratic Change (UDC) joins the working class in Botswana and the world over to commemorate the annual International Workers Day (Labour Day) which evolved after the famous 1st May 1889 Marxist International Socialist Congress in Paris. This is the time for the workers to reflect deeply on the successes and challenges they have faced over the years. The corona virus has led to thousands of deaths and job losses as the unprepared governments failed to fight the virus and protect the workers. The informal workers and private sector workers suffered the worst battering from the pandemic as the State of Public Emergency (SoPE) literally closed down their businesses.

The public sector employees’ unions lost several members. The frontline workers’ plea for personal protective equipment fell on deaf ears as the government blatantly refused to accede to their reasonable demands. Workers are exposed to the worst risks ever, and even their call for a modest allowance was thrown out by the Botswana Democratic Party led government. Hotels and the tourism sector, mines and other industries retrenched thousands of workers under the auspices of COVID-19 challenges, despite government misleading assurances that there will be no retrenchments during the SoPE. The government has now gone mute on this issue. The government has also not acted against several companies that defrauded her by claiming from the COVID-19 Relief Fund but not paying employees. Most informal sector players have closed down and thrown into the deep poverty trenches, and may not recover if the government does not make sound interventions for them. These include informal traders. The creative sector has been closed for a year now and their public outcry has been ignored by the BDP led government. It is self-evident that economic diversification dismally failed in Botswana despite repeated calls from economic professionals and experts. Thousands of long-lasting jobs and massive wealth for the country could have long been created before the current pandemic. The workers could be enjoying the sweat of their labour from accrued profits of an effectively and efficiently diversified economy.

The 2019 UDC manifesto provides unlimited solutions. It states that “the UDC promises Botswana’s workers a stakeholder economy in which workers get a fair share of the benefits of prosperity and have a say in how the economy is managed”. The workers are currently mere observers of the wealth they create daily. With sombre faces, the workers should now brace for the worst economic downturn, not only due to the COVID-19, but the high rate of corruption shrouded in the fight against the pandemic. Workers must radically rise in unison and contribute to the economic and political transformation. We call upon the working class to support the 2019 UDC manifesto pledge and forthcoming motion of establishing a House of Representatives, which “will ensure effective participation of diverse constituencies in government. The House of Representatives will be achieved through either the expansion of the House of Chiefs or the establishment of a new institution altogether” (pg. 28). Currently, workers do not have a platform to raise a voice in the BDP led government and the House of Representatives will make them active participants in the government of the day. With an active voice in the general running of the country, workers morale and motivation will rise, leading to productivity, prosperity and more job opportunities. Our message to the working class is to be radical in approach to save this country. We wish all workers a successful Labour Day.

MASISI ON THE OCCASION OF THE COMMEMORATION OF INTERNATIONAL LABOUR DAY