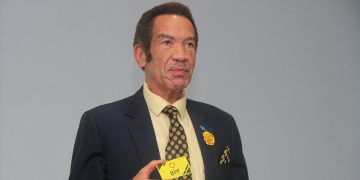 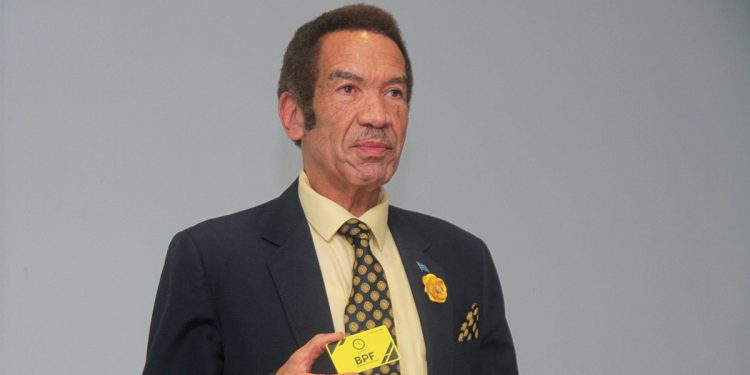 Campaigns for by-elections in 11 council wards, got off to a slow start at opposition Botswana Patriotic Front (BPF) and the Umbrella for Democratic Change (UDC), clearly missing the hyphe brought by former president Ian Khama.

Despite an existing Memorandum of Understanding between them and the ongoing opposition cooperation talks, the parties have launched separate campaigns. At the center of the alleged fallout between BPF and UDC ahead of the by-elections slated for 18th December, 2021 is that the two have failed to agree amicably on allocation of two wards.

The parties fielded their candidates in Lorolwane ward under the Mmathethe/ Molapowabojang and Ga- Molopo ward in Good Hope/ Mabule constituency, a move which is likely to split votes.

In an interview on Friday, BPF Secretary General Tshekedi Khama said they are missing his elder brother Khama who is also the BPF Patron because his campaign magnitude is very important. He said not only the BPF is missing the influence of Khama on campaign ground but opposition at large misses him, adding that despite his unavailability BPF is stepping up its campaigns well.

According to Tshekedi, the BPF Patron will join some of the BPF rallies digitally while still away. “I don’t want to talk about his whereabouts at the moment but I can say we really need him to be the face of the campaign as we approaches the elections. We are very confident of victory as the collective opposition. We are traversing the country stepping up our campaigns as the BPF. We have singed the by- election Memorandum of Understanding (MOU) with UDC and BPF. We are supporting the UDC and AP in the wards that we are not standing at and they do same for,” said TK.

Moreover, Tshekedi said BPF Patron will virtually addresses the campaigns of all opposition parties. He said the Botswana Democratic Party (BDP) government has failed the citizenry in different capacities as the economy is waning under its watch hence mood on ground is to punishes BDP.

In an interview late Friday, the chairman of the of opposition joint by election committee Dr Phenyo Butale concurred with Tshekedi the presence of Khama was going to be pivotal for them. He noted that despite, his absence the opposition is confident of stepping up strong campaign.

Meanwhile, Butale said there has been disagreements over fielding of candidates in some wards. “But the positivity is that we have so far built a strong foundation to build on towards the 2024 general elections. We should ensure that we deal with issue of vote splitting and then the ruling BDP will not have a chance at all. All in all, I can say we are all ready to win all the 11 wards,” he said.

Political analyst Lesole Machacha said the upcoming elections will test the readiness of the opposition to contest the 2024 general elections as united party and will set up the direction.

He said it will take the parties to be united as well avoiding conflicts from now to next two years. “This is the opportunity for the opposition that is on the unity course to test the strength of the BDP. It is important for parties to resolve any pending issues amicably. The BDP will also assesses its strength from the elections and will be. No party can afford to be instable this time,” he said.

Three cooperating parties being UDC, BPF and BPF advanced signed the by-elections deal last year. The spirit and the purpose according to the parties is to ensure electoral gains and victory in the bye-election, with each of contracting parties enjoined in selection of candidates amongst others. “Continuing cooperation in the bye-elections will strengthen our commitment to party-to party relationships and working to increase the understanding of Batswana about all social, economic and political problems confronting the country, “the cooperating parties said in the MOU deal.