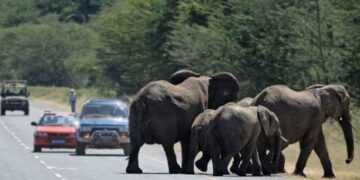 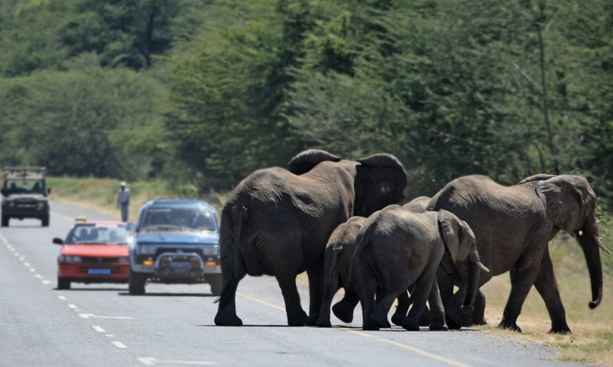 As the debate rages on about government’s decision to lift the hunting ban on elephants, Batswana continue to lose their precious lives due to these problem animals. Botswana has received a backlash from the western countries for lifting the hunting ban.

The critics had continued to ignore the plight of Batswana who face constant danger from the wild animals.

In a horrific incident at Sekhee cattle post near Kutamogoree, a 67-year-old man died after he was trampled by an elephant. According to Dukwi police acting station commander, Assistant Superintendent Azhani Mokokomani, the deceased and two other men were shooting elephants that drank water at one of the boreholes at their cattle post. “While shooting the elephant, the men ran out of ammunition and decided to abandon the hunt. The following day they came and pursued the injured elephant still shooting it. They then ran out of ammunition again and that is when the elephant charged and trampled over the deceased,” Mokokomani pointed out. He added that the man was then rushed to the nearest health facility where he was confirmed dead upon arrival. He said police together with Department of Wildlife then later found the elephant dead about 30 meters from the scene.

In another incident, this publication has been reliably informed that a young man in his twenties was tragically killed by elephants between Eretsha and Gunotsoga villages. It is said that the young man was on his way to his grandmother’s funeral and came across a breeding herd of elephants which trampled over him.

President Mokgweetsi Masisi’s administration undertook a thorough consultative exercise especially with the most affected communities in the North West District. Masisi had appointed a Cabinet Task Force that traversed the country consulting Batswana on how to address the prevailing human-wildlife conflict. The task force reported that many Batswana wanted the hunting ban on elephants lifted and Masisi’s administration obliged.

The elephants are terrorising people in the North West district, destroying their fields and leaving them in abject poverty. A prohibition on elephant hunting was introduced in 2014 by former president Ian Khama, a keen conservationist, after surveys showed declining wildlife populations. As much as tourism contributes immensely to the country’s Gross Domestic Product after mining, President Masisi is adamant that his government prioritises saving citizen’s lifes which are in danger due to the over-population of elephants. According to research, Botswana has about 130 000 elephants. Only 400 elephants will be hunted annually as a measure to control their population.

Meanwhile the main opposition – the Umbrella for Democratic Change – has left the nation divided over their failure to declare their position on the hunting ban. Party president Duma Boko clutched at straws on the matter when addressing a press conference in Gaborone on Tuesday. 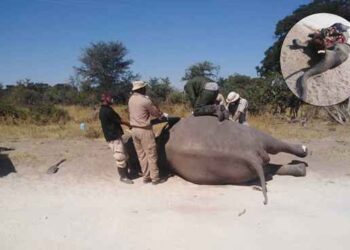 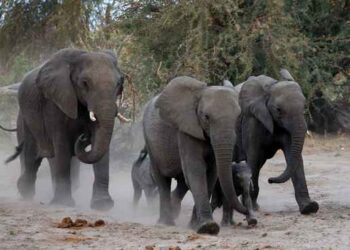 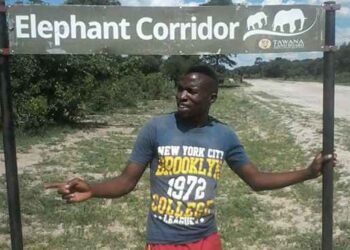 Elephants story told by those who live with them