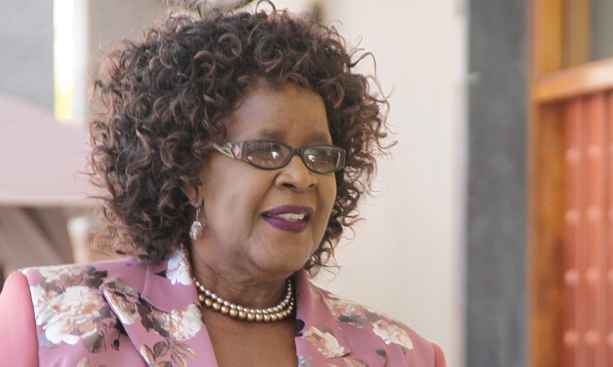 Former Cabinet minister, Botlogile Tshireletso has expressed disappointment that government continues to show no commitment and will to legalise commercial sex work and abortion.

The former Mahalapye East MP, who is well known for her strong advocacy on issues of prostitution, abortion and homosexuality, revealed her frustrations to this publication on the sidelines of a Press Conference hosted by the United Nations Populations Fund in partnership with the Ministry of Finance and Economic to give an update on the outcomes of the Nairobi Summit on the International Conference on Population and Development (ICPD 25th anniversary).

The Nairobi summit brought together countries to reignite, accelerate and keep the promise made at the ICPD landmark held in Cairo 25 years ago. This included to re-energize the sexual and reproductive health and rights movement and mobilized the political will necessary to achieve the goals of ICPD by 2030. At the gathering countries made several commitments to support the goals of the ICPD.

Botswana government has committed to reduce Gender-Based Violence from 37% to 20% for women and from 21% to 10% for men through effective implementation of the National Strategy Towards Ending GBV by 2030. Government has also committed to provide quality, timely and dis-aggregated data by expanding population and housing census and inter-censual surveys, integrated statistical, monitoring and evaluation systems, civil registration and vital statistics program by 20% in 2030. Thirdly government committed to reduce maternal deaths attributable to abortion, post-partum haemorrhage, and hypertensive disorder in pregnancy from 143.2/100 000 births to less than 70/100,000 through; capacity building and allocation of financial & human resources towards Maternal Health programme by 2030. And the last commitment is for the country is to strengthen access to family planning information and services, including access to quality, affordable and safe modern contraceptives through capacity building for health care workers on integration of Family Planning services at all service delivery points from 350 to 1000 by 2030.

Now the former outspoken MP is not pleased that government in its commitments to ICPD did not include that it is also committed to the legalisation of abortion and commercial sex work. Tshireletso lamented that even though these two issues were talked much about in Nairobi Botswana government on the other hand did not show any commitment towards addressing them in her own country.

She reiterated her concern that even though some MPs and other top government officials secretly agree with her they are however still not willing to publicly support her in advocating for the two to be legalised. “Even when I raised these issues in Parliament before there was no one who objected to me but yet still there is no action that is being taken” she complained.

“I do not think we are happy to see our women crossing to neighbouring South Africa to do induced abortion and also for some of them to be dying in our own country because of attempted abortions that did not go right,” the former minister added.

Tshireletso is of the view that people should be allowed to perform safe abortions when they have made up their minds that they are not ready for pregnancy. She said government should acknowledge that commercial sex work is happening, noting that those who are practicing it are usually abused because there is no law that protects them. According to her, it is sometimes the law enforcers comprising of police officers and members of Botswana Defence Force who take advantage of these sex workers.

“In our meetings with them they told us that police officers and soldiers sleeps with them free of charge in exchange of the law enforcers not arresting them for the offence,” Tshireletso revealed.

Professor Gobopamang Letamo from the Department of Population Studies at the University of Botswana also concurred that it is long overdue for Botswana government to have long started conservation on issues of induced abortions and commercial sex work.

“When we look at this from a problematic point of view if we legalise abortion and commercial sex work it will obviously make control and intervention a lot easier to manage the problems which these people are experiencing” Letamo suggested in an interview.

In response the National Aids Health Promotion Agency Coordinator, Richard Matlhare – who was also the leader of the Botswana Delegation to Nairobi – has however explained that when selecting the four commitments they looked at those that where achievable by 2030 and also did not have legislative complications such as needing to present them before Parliament and amending the laws.

Matlhare said it is not that government is not acting or responding on issues of commercial sex work highlighting that such key populations groups are catered for on various government programmes such as the national strategy framework on HIV/AIDS and the Pre-Exposure Prophylaxis programme among others. This, he argued, is not only about changing the law but rather a public health approach that seeks to address problems encountered by this population without necessarily requiring changing the law. 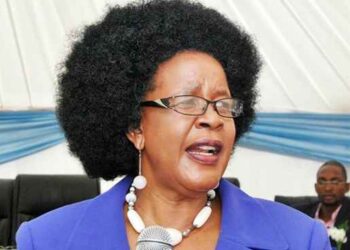