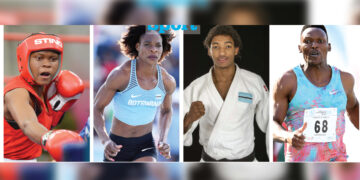 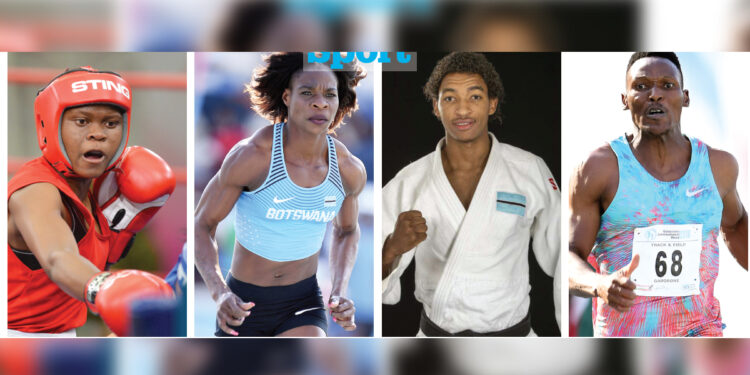 Boxing camp in Serbia (Belgrade) without a coach

Amos, Thebe on self sponsored preps in USA

Local athletes Nijel Amos, Christine Botlogetswe, Amantle Montsho and Galefele Moroko have booked a seat to represent Botswana at the Tokyo 2020 Olympic Games in Japan at individual level. Other sporting codes that are headed for Tokyo include boxing, cycling, weight lifting and Judo.

Athletics national team Coach Justice Dipeba said the final men’s relay team will be decided at a later stage. He explained that members of the relay team that recently took bronze in Relay Championships held in Poland led by the experienced sprinter, Isaac Makwala are very much aware of the possibility of being replaced by other top athletes, the likes of Baboloki Thebe. “It is difficult to tell who is going as it will depend on their perfomances in upcoming competitions. There is no guarantee that our teammates for the Ploand qualifiers will be proceeding to Tokyo,” he said.

Similarly for the women relay team, Dipeba said it is also still too early to conclude who will make it to Tokyo, Japan. “The hope is that they remain part of the Top 16 in the world, to allow them an invite to Tokyo. Similarly to the men’s team, we are observing the ladies’perfomance before we can put together a final team,”he said.

According to Dipeba, training for the athletics team is ongoing and there is great progress. He however explained that they continue to experience some challenges and are disadvantaged due to various restrictions imposed as a result of the Covid-19 pandemic.     “Our athletes are great peformers but there is not much competition to challenge their full potential,more so that most competitions are happening in Europe, but they cannot travel flexibly due to movement restrictions,”he  lamented. To address the issue, Dipeba said they are trying to organise local competitions for the athletes, with one scheduled for next weekend at the national stadium. “While I cannot say which medal we are expecting to secure, I believe we are doing the best we can and anticipate to make it to the podium in Tokyo,” he said.

Speaking at a media briefing on Tuesday, Minster of Youth, Sport and Culture, Tumiso Rakgare said the ministry is doing everything they can to support athletes and sport as whole, citing that  government had fully funded the trip to Poland, from travel to camping and out of pocket allowances. “In the exception of the men’s 4*400m relay, government had spent in excess P15 million on the athletes that went to Poland keeping them in training camps to ensure they have the right training, accomodation, nutrition and other forms of support,”he said.

Rakgare also mentioned that the 4*400 men’s relay team received a further quarter of a million following their impressive perfomance which led to their invitation to the word relay team. “In addition to the foregoing there is P2.8 million made available for preparations of team Botswana to the Tokyo Paralympic Games,”he added.

According to the minister, this is futher coupled by another P13 million commitment towards ensuring adequate preparation for the Tokyo 2020 Olympic Games. In addition to the prize money from the world relay team,the men’s 4*400 team will receive P50 000 prfomance incentives from government. Moreover, similar to Nijel Amos and Christine Botlogetswe, the athletes will receive a monthly incentive to the sum of P8333.33 each until august 2021.