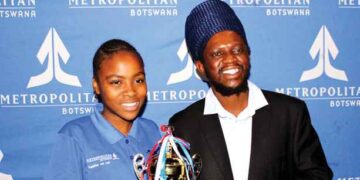 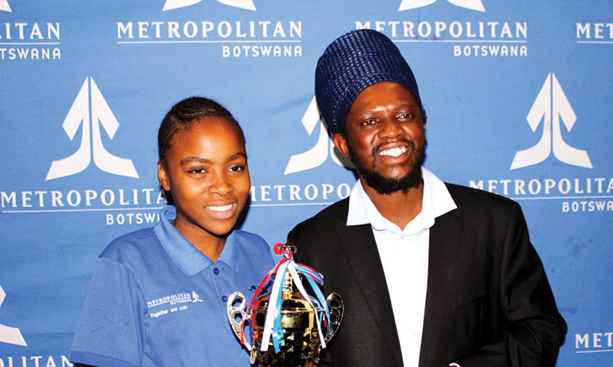 She has taken the chess game by storm

Despite   being    just   14 years, the Moshupa native have already achieved a lot and so there is more   on her   plate. This year   she shocked the chess playing locals by winning the   Metropolitan Ladies National championships upstaging big names like WIMs Kgalalelo Botlhole and Boikhutso Modongo. That was the beginning of new era for the young Gabatshwarwe who is now on a mission to win anything on offer.

WCM Gabatshwarwe started playing chess at the age of 10 while doing standard four at Bokaa Primary School under the tutelage of Moroka Motlogelwa of Moroka Chess Academy.

Though she rose to fame this year due to her exploits Gabatshwarwe proved her prowess from her early days. So far  the Mmanaana Junior School student  has a  record  of 20  gold, 10 silver  and  seven   bronze  medals  from her  short playing career. However most of her achievements are mostly from development tournaments.

However, this year was her best. Gabatshwarwe rose to the occasion early this by winning the   Air Efficiency Year Opening tournament in January. From there, she never looked back. Nobody stood on her way.  She went  on to win the national  championships – a feat  which  booked  her   an  automatic  spot  in the  national  team; making her the  youngest  team  member ever at  age  14 and beating  a record  set  by  Masaiti last  year   when  she   made it  to   the Olympiad team.

As part of Team Botswana she represented the country at the Africa Games in Morocco. Though  she did not win any  medal  she  played well  and   gained  good  points against  some of  highly rated  players   throughout   the competition. Just recently she won a bronze medal   at the Africa Junior Chess Championships. Following   that achievement she has come close to attaining her second title – the Woman Fide Master title.

She will be heading to the Africa Youth Chess Championships and to the Under 20 World Chess Olympiad between now and next year.