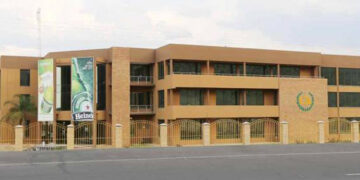 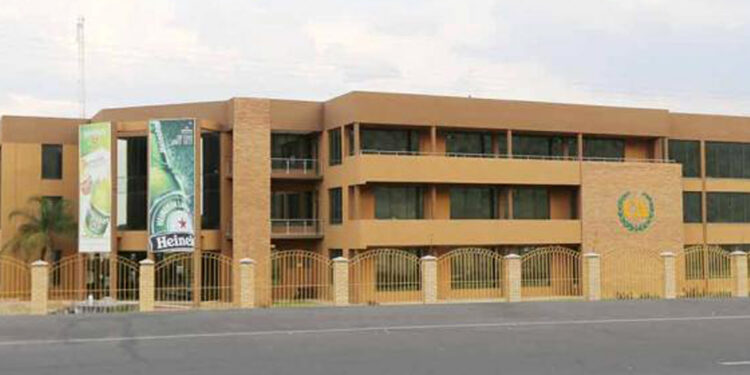 Our plot is submerged in wastewater -Concrete4U

We have repaired the leaking pipes- CA Sales CEO

The wastewater which has flooded the Concrete-4-U Plot thus forcing them to halt construction as part of the plot is submerged in wastewater has been reported to the Department of Environmental Affairs (DEA) which is yet to inspect the area.

In an interview, Concrete-4-U Site Manager, Mothusi Gaesi, said they have tried to engage CA Sales management as well as DEA over the last couple of months regarding the wastewater overflow onto their area but their pleas fell on deaf ears. He said that the wastewater from their neighbouring (CA Sales) even has human waste and some solid particles thus posing a threat even to their workers. It is also worrying as both plots are adjacent to the Wharic Park sports field which houses a restaurant and bar.

“It seems the wastewater has seeped deep into the ground because when we trench foundations more smelly water comes out and we can’t do anything,” said the helpless Gaesi.

Asked if they didn’t break any pipes during construction, Gaesi answered in the negative indicating that the industrial plots were demarcated by Wharic Construction who are managing Commerce Park and there is no underground sewage pipe.

“What we have discovered is that the neighboring plot (CA Sales) was pumping sewage water onto our plot and we tried to divert the water but is coming at a very high volume,” he said as he pointed at the water on the foundation of the ablution block and perimeter wall.

CA Sales Chief Executive Officer Claude Hasset said that they realized that their sceptic tank has blocked during the weekend and have repaired it.

“We don’t leave drains blocked at any given time. I do realize they have foundations dug on their side and possibly they have damaged a pipe in digging the foundations which is not on our side,” he said.

An aerial view of the two plots that was taken two weeks ago shows a leaking sewage drain on the CA Sales plot which has part of the area submerged in wastewater.

Independent environmentalist Unaswi Atlholang after conducting the aerial view of the area raised a concern that DEA and Water Utilities Corporation (WUC) must attend to the issue as it is clear that the wastewater is being pumped into the ground. “This is a potential source for groundwater contamination because wastewater that leaks out of the defective pipe joints and cracks may contaminate ground and surface water and cause a host of other problems including ground subsidence due to erosion of underground soil,” he observed.

Environmentalists warned that wastewater from some industrial plots in Commerce Park, such as the one occupied by CA Sales, pose a serious threat to Gaborone dam as their untreated waters ends up in its tributaries.