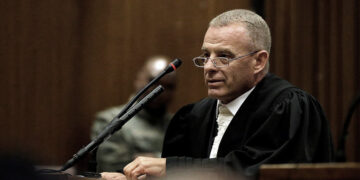 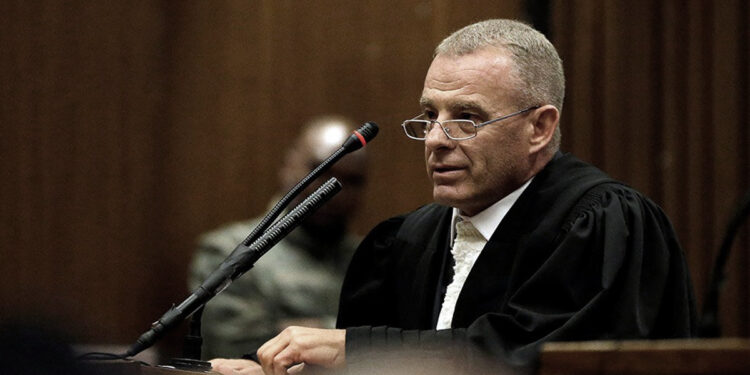 The South African National Civic Organization ( SANCO) will be embarking on a March to the Botswana Embassy on Friday the 3rd of September 2021 to register its dissatisfaction with the government of Botswana about their continued undermining of the integrity of the South African State in collaboration with a South African right wing organisation Afri-Forum through fabricated and false allegations.

The government of Botswana’s continued pursuit of allegations characterised by the Botswana High Court Judge Dr Zein Kebonang as fabrication and false continues to utilize the right wing organisation Afri-Forum as their litigation partner in their illogical and bizarre demand for Mutual Legal Assistance.

This whilst the government of Botswana knew very well of international avenues that avail to them as diplomatic recourse should they not find joy with their request from the South African government, within the frameworks of the SADC, the African Union and the United Nations. That the Botswana government chose to jump into bed with right wing forces as opposed to many progressive legal formations in South Africa, both black and white, says a lot about the actual political intent by certain high ranking Botswana government officials entrusted with the criminal justice system who were behind undermining South Africa’s international reputation inadvertently characterising the country as a centre of money laundering and illicit money flows.

This clearly undermines the integrity of South Africa’s government, financial institutions and prominent citizenry as conduit for such illicit money flows and embezzlement. Had for instance the Botswana government and Afri-Forum been sincere in their action against the South African government, they would have known that prominent South Africans and the African Union led a continental initiative precisely aimed at combating the illicit flow of money from African economies, including Botswana. That they did not consider such credible platforms indeed says a lot about their fabricated agenda. This march by SANCO is therefore to voice out disappointment by a sister nation whose political and cultural ties with South Africa dates back to the cradle of human kind running throughout the years of struggle against colonialism and apartheid. In contrast, we have observed what appears to be Afri-Forum’s concerted efforts at tackling cases that affect prominent Black and African leaders which we believe props up white supremacy, and thereby, even if inadvertently, creates the distorted impression of black mediocrity as counterpoised against supposedly white excellence.

This is the same organisation that in 2019 was taken by the Nelson Mandela Foundation and the Human Rights Commission to the Equality Court for insisting that hoisting the apartheid flag was not hate speech. Right after that court case, a leader of Afri-forum tweeted the apartheid flag in defiance of the court’s verdict. We reject this collaboration between the Botswana government and Afri[1]forum as what we see as a neo-colonial agenda apparently aimed at reversing the gains of a new post-colonial and post-apartheid dispensation where South Africa together with other fellow African States continue to stand together in solidarity for a better future for all of the continent’s people. We have already seen how Afri-forum seems to have gone out of their way to assault the integrity of our former Speaker of the National Assembly and now Minister of Defence Comrade Thandi Modise by propping up an unfortunate incident involving the death of pigs. If they could not find human rights violations as a truncated and supposedly noble course against a black person, they then had to find any dirt that sticks, including concocted pigs’ rights if need be! We believe that such a pattern of behaviour can be construed by some to mean that Afri-forum defends the colonial and apartheid legacy of a racially divided society.

This can be concluded based on the litany of cases they select. Consequently, their forays into the international arena such as in the Botswana case could be viewed as nothing but a façade aimed at creating the impression of a supposedly noble human rights organization to dupe the international community and multilateral institutions where they seek associate membership whilst on the other hand and in contrast arguably galvanising the legacy of our ugly past. This is in spite of the fact that whist the High Court Judge in Botswana ruled that this case was a fabrication and out[1]rightly false, the Botswana government through Afri-forum is nonetheless adamant to continue with the case.

The same Afri-Forum has also been involved in making defamatory statements about Ambassador Bridgette Motsepe on the basis of a fabricated and falsified affidavit relating to the bizarre allegations that she is a signatory on bank accounts linked to the alleged theft of approximately R170 billion from the Central Bank of Botswana which at the time was more than half the GDP of that country. That an alleged theft of such a huge sum of money was just inconceivable and practically improbable to start with is a fact that eluded a group of conspirators whose true agenda is as yet to be fully unveiled following the recommendation by the Botswana High Court Judge that the officials in the Botswana government behind these plots must be investigated and simultaneously dismissed from the Botswana public service. Here in South Africa, there are countless other examples of Afri-Forum’s activities that could be argued to be a habitual attack on Black hegemony and Black excellence.

In this “fabricated and outright false” affidavit which buttresses the Botswana Central Bank matter, as characterised by the Botswana High Court Judge, the Botswana government alleges that the South African Reserve Bank approved the wiring of a huge sum of money into various South African commercial banks. That the Botswana Central Bank denied any money was stolen and furthermore the South African Reserve Bank supported by all the commercial banks also refuted these bizarre allegations made in the fabricated and out-rightly false affidavit meant nothing to the plotters of this conspiracy. This is an allegation that has severely dented the integrity of our financial sector, government leadership and the country as a whole for which as SANCO we must defend.

This is because the ramifications therein ultimately trickle down into a compromised South African economy further exacerbating the already high levels of unemployment and poverty! As we march on the Embassy of Botswana, we will be encouraged by the Botswana High Court verdict by Judge Dr Zein Kebonang which has vindicated our view that the people and institutions of both countries have historically stood in solidarity for justice and cooperation. That is why the integrity of the institutions of both countries will be defended by the people as in solidarity we stand side by side against this neo- colonialist onslaught. In his assessment of the affidavit on whose strength the request for Mutual Legal Assistance was ultimately made; South Africa’s retired Judge Dennis Davis independently arrived at the same conclusion as the Botswana High Court Judge in that the whole affidavit was full of lies and fabrication.

This Botswana High Court judgment will help expose and isolate all neo-colonial collaborators both in South Africa and Botswana as well as throughout the entire African continent. SANCO will further expound on these allegations through a comprehensive memorandum to be handed over to the Embassy of Botswana on Friday the 3rd of September 2021 at 11h00. We invite all members of the media to join us and cover the March on the date indicated above.