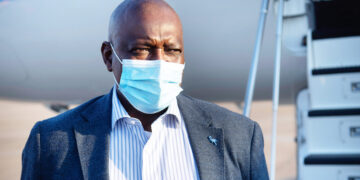 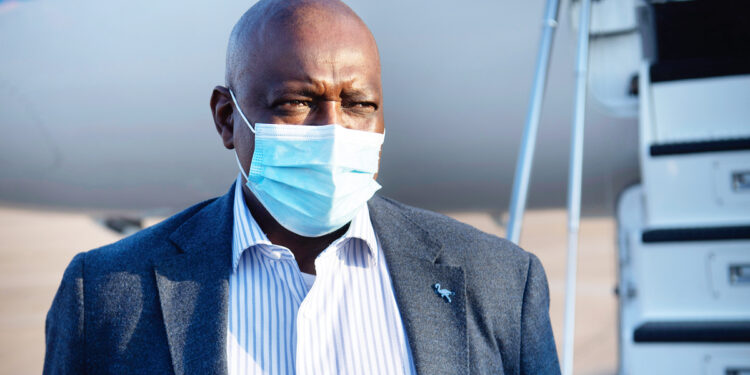 . ‘eSwatini protesters are very angry. They vouch to intensify protests now that SADC has failed them’ – eyewitness

President Mokgweetsi Masisi, the Chairman of the SADC Organ on Politics, Defence and Security has come under heavy criticism for failing to decisively act to resolve the political tensions in eSwatini.

SADC and Masisi’s problems are aggravated by recent developments in the region where three of the member states are reeling under deteriorating civil unrest.

Political analyst, Solomon Rakgomo dismissed a recent statement by Masisi/ SADC over the eSwatini uprising as rather ultra-diplomatic, with nothing to do with telling the monarchy in that country to make any meaningful democratic reforms.

“You cannot tell eSwatini protesters to use so-called established channels when King Mswati III denies the people of Swaziland any democratic space. It is just impossible to access those purported channels,” Rakgomo warned.

Like on previous occasions, there are views that SADC response to emerging crisis has been rather lukewarm, and does not even mention democratically elected government or the Monarchy in Swaziland.

To some this has become characteristic of the failure that SADC leadership has become synonymous with, by failing to reign in members as it happened in Zimbabwe, Lesotho, DRC etc.

“And without a strong voice from SADC Mswati will never want reforms. This is the biggest opportunity to nudge him out and make him a ceremonial leader like Lesotho King, Britain and elsewhere,” Rakgomo said.

A Motswana living in Mbabane, Swaziland told The Patriot on Sunday that the situation in the city was very tense. “Rona re sale re tsena mo ntlong last week Tuesday, ntse re ka ntlo. Go a tsamaega but not as free as it is normally. People are very angry and they vouch to intensify the protests now that SADC has failed them,” she said, pleading for anonymity for fear of victimisation.

She said the protests started on June 25th in rural areas, and continued into the two main cities and the industrial Town (Mbabane, Manzini and Matshapa) respectively on Monday June 28th night. She said on Tuesday all hell broke loose, with more fires burning all over, looting intensified as well as sporadic discharge of firearms.

By Wednesday, she said, Government had intensified security from Tuesday. Since then, military and police officers were seen all over to provide more security. She said by Wednesday there were roadblocks planted by protestors across major roads. Although they were not preventing people from going to work, they forced them pay in order to be allowed to pass through. “The King hasn’t yet addressed the nation. Only the Acting Prime Minister has been issuing out statements to the public,” she said late Wednesday.

The Ministry of International Affairs and Cooperation (MoIAC) has since advised Batswana to avoid unnecessary travel to the Kingdom of eSwatini due to civil unrests in that country. Those who are already in eSwatini are advised to exercise extreme caution and to avoid unnecessary movements within the country.

On the latest uprising in South Africa, the MoIAC on Tuesday issued a travel advisory warning citizens of Botswana to avoid unnecessary travel to some parts of the country, particularly KwaZulu-Natal and Gauteng Provinces, due to the on-going incidents of violence and unrest. Batswana who are already in South Africa were advised to exercise extreme caution and avoid unnecessary movements, especially in cities such as Johannesburg and Durban. Truck drivers were also advised to consider alternative routes to avoid protest areas.

The civil unrest in South Africa, which came after the incarceration of former South Africa President Jacob Zuma for contempt of court, has dealt a severe blow to the upcoming peacekeeping mission in Mozambique. South Africa was supposed to send the largest contingent of troops to Cabo Delgado Province in Mozambique, but the instability in parts of the country might delay the mission.

South Africa has deployed more than 25 000 troops across the country to quell the civil unrest in some provinces, especially in Kwazulu Natal and Gauteng provinces. At least 2,500 civilians have been killed and more than 800,000 displaced since the start of the insurgency in Cabo Delgado in 2017.

It was not until Thursday, 15 July 2021 – the D-day for deploying the regional force to Cabo Delgado Province – that Mozambique signed the legal document accepting SADC intervention. By then Maputo had already allowed Rwanda to send troops ahead of regional forces, which compounded SADC frustrations.

Rwanda deployed a joint force of army and police to Cabo Delgado to help fight “Islamic State”-linked militants last week. In a statement by the Rwandan Defence Ministry said the deployment came at Mozambique’s request. It consisted of a 1000-person contingent of support to restore Mozambican state authority by conducting combat and security operations in Cabo Delgado. The statement added that “the Mozambique mission is set to last at least three months, and, after that, an evaluation will determine whether it should be extended or not.”

Mozambique’s former coloniser Portugal has already agreed to send 60 troops to bolster the already 60-member training team that landed in Carbo Delgado soon after the attacks.

The arrival of Rwanda troops has allegedly not sat well with Masisi, who is worried that a non-member country is deploying soldiers in the region without their approval and ahead of the bloc’s troops. Masisi maintained that even if Mozambique entered into bilateral agreements with other countries, SADC should lead.

According to the SADC Double troika Plus Angola Technical Assessment Mission, the deployment should see nearly 150 special force members who will conduct targeted operations and secure the coast of the Mozambican channel.

Members of the Botswana Defence Force (BDF) deployed to Cabo Delgado are already in quarantine and ready to leave for the operation. In an interview on Thursday, Minister of International Affairs and Cooperation, Dr Lemogang Kwape revealed that all the protocols had been done to deploy troops to Mozambique. Dr Kwape declined to be drawn on allegations that the political instability in South Africa might affect their deployment of troops to Mozambique, choosing to say he cannot discuss operational issues.

Two weeks after questionnaires were sent to the Office of the President, and the Ministry of International Affairs and Cooperation, through the Press Secretary to the President, Batlhalefi Leagajang, there has been no response despite repeated follow-ups.

Reshuffle on the cards