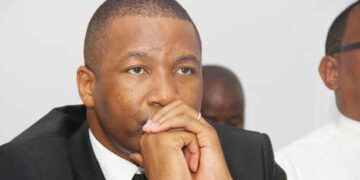 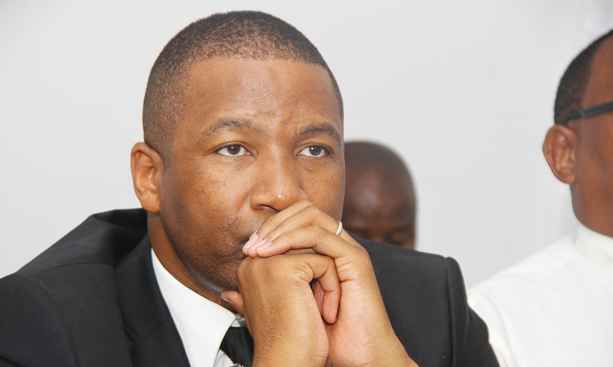 Botswana Congress Party (BCP) is divided over the party leadership’s plea that the Umbrella for Democratic Change (UDC)’s National Executive Committee (NEC) must call president of the coalition, Duma Boko, to order.SEE ALSO:

Some BCP NEC members led by Dumelang Saleshando are said to be unhappy over Boko’s latest social media outburst, which they feel was directed at Saleshando, while others differ.

In a message posted on his birthday, Boko thanked allthose who supported him through triumphs and tribulations before launching a scathing attack against some unnamed indivduals whom he accused of being ungrateful. He wrote: “I have … met scoundrels along the way; ungrateful people whom I have supported and for whom I have done so much. Yet to this day they are unable to express any thanks and gratitude. They rather elect to insult, malign and disparage me. I have witnessed dramatic eruptions of envy, jealousy and betrayal from many I assisted, even rescued from unemployment and unemployability. Some of their attacks almost mortally wounded me.SEE ALSO:

And they still have the gall to come to me and come to me repeatedly, with some misplaced sense of entitlement. They expect me to empty myself, exert myself for them; reach out to my networks across the world, and mobilise resources for them to gain political office and get employed, only for them to turn around and vilify me and brand me a failure. Yet, then, now and going forward, this obligation to be the fundraiser for the cause seems to lie with me; it is forced and enforced by a vicious and ungrateful mob that has no capability to raise any funding. Make no mistake folks, without this “arrogant” Mahalapye kid born way outside the privilege of wealth and a powerful name or lineage, there would have been no serious campaign in 2019″.

The post infuriated some BCP members who intepreted it to be slight against Saleshando, whom Boko supported and helped with the Maun West constituency under the UDC ticket. Contesting under the BCP ticket Saleshando had, in the 2014 elections, lost the Gaborone Central constituency to the ruling Botswana Democratic Party (BDP).SEE ALSO:

Although Boko’s post does not make reference to any specific individual, in the heated exchanges that ensued on social media some Botswana National Front (BNF) activists trained their missiles on Saleshando. BNF activist and former Gaborone Mayor Kagiso Thutlwe lambasted Saleshando publicly in social media. “Dumelang Saleshando is a cunning, deceptive politician who stay back, and use other people for his personal battles, a politician who considers himself as worthy of leadership,” said Thutlwe in attack.

Thutlwe accused Saleshando of being self-centred and power hungry such that in 2014 elections, he trafficked people from other Gaborone constituencies to Gaborone Central because it is all about him, and did not care about how that will affect other BCP candidates in those constituencies. “In 2019 general elections he trafficked people from other constituencies including from his neighbour Goretetse Kekgonegile because it was all about him, and held grudges against Kekgonegile for refusing to pave way for him in Maun East when he Saleshando didn’t have a constituency before settling in Maun West,”  former Gaborone Central Councillor wrote.SEE ALSO:

Highly placed sources revealed that BCP leadership want the UDC NEC to take stern action against both Boko and BNF activists during NEC meeting slated for February.“The BCP expects that UDC NEC should bring Boko to order at the February 20, 2021 meeting. It is disappointing that Boko instead of bringing the BNF activists to order for their attacks on BCP leadership then he joins the song too. He is fuelling seeds of divisions,” said one BCP NEC member.

However, BCP MPs differ with the party’s proposal that the anticipated UDC NEC meeting deals with BNF’s conduct indicating that it could further fuel tension between BNF and BCP members.SEE ALSO:

In an interview, one BCP MP who had preferred anonymity in fear of victimization said both contracting parties need to be aware of what havoc may silly arguments cause to coalition. “Every time when there are arguments between members the thorny UDC leadership or model crop up and this could divide the party. Yes, the current social media outrages especially by leaders should be condemned but not in a manner under which it can’t fuel tensions, ’’said the BCP legislator.

A cold wave has been blowing through the coalition throughout the week as the BNF and BCP members have been exchanging jabs with youthful BNF activists taking a swipe at Saleshando.SEE ALSO:

It is not the first time BNF activists launch attacks to Saleshando on social media. Equally, it is not the first time BCP youth attack Boko on social media. Soon after the 2019 elections some quarters within the UDC, especially BCP members, called on Boko to resign as the leader of the coalition as he had failed to win state power. Such calls came after Boko suffered a humiliating defeat by losing Gaborone Bonnington North parliamentary seat to Anna Mokgethi of the BDP.

In the current feud BCP members contention is that BNF activists, including their leader, are not bigger than the UDC.SEE ALSO:

Boko and Saleshando were not available for comment as none of them answered calls to their phones.

Political analyst Mokaloba Mokaloba opined that the current quarrel cannot go without being addressed emphasizing that the UDC should be bigger than any individuals even Duma Boko. “Nonetheless there seems to be some big brother mentality and belittling between the BCP and BNF. And the worrying part is that the UDC leadership is doing nothing about. Conflict is normal in any organization but if left unregulated it can harm the organization,” said UB don Mokaloba.

He said that on several occasions it is clear that the coalition can harm itself hence they need a platform to self-introspect and this could in the form of elective congress which BCP advocate for.SEE ALSO:

In a statement BNF Secretary General Moeti Mohwasa says the bickering is unfortunate and most regrettable particularly the two formations belong to Umbrella for Democratic Change. “The UDC was formed for a common purpose and long overdue imperative to bring together opposition parties in this country and unseat the corrupt and moribund Botswana Democratic Party (BDP),” said Mohwasa urging BNF members to desist from trading insults with BCP cadres.

BCP through its Publicity office reiterated its commitment to the UDC following the quarrels. “The BCP remains committed to UDC project and will not tire of playing its role because we believe that without strong democracy and democratic institutions, the economic and social transformation can only be a pipe dream,” BCP said in statement calling for calm in the UDC.SEE ALSO:

Before he infuriated BCP members, Boko wrote: “I hear echoes of Talib Kweli in the recesses of my soul. He speaks softly. “I am in the front of the line. I ain’t tripping but I stumble sometime.” My sustained sojourn in the frontlines has shown me so much. It has brought me into the sacred estuaries of love, loyalty and enduring friendships. I have met some great people. I have loved and laughed and lived. There are many of you, ah far too many to mention, who have anchored and supported me; and who gave the best of themselves to allow me to be whom and what I am. Your interactions with me were so pure and graceful they inspired me. You gave me space to engage my own virtues and vices, and you stood by, and with, me at every step of advance. To all of you I would like to say thank you. I am eternally in your debt”. 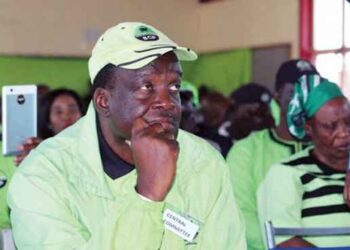 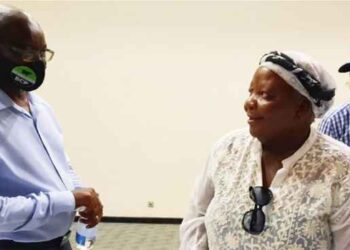 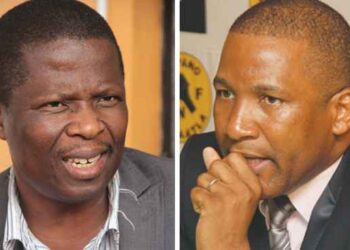 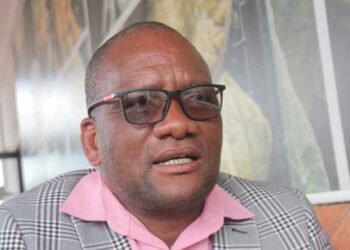 From Ragamuffin to the city’s 2nd citizen