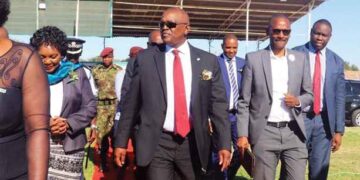 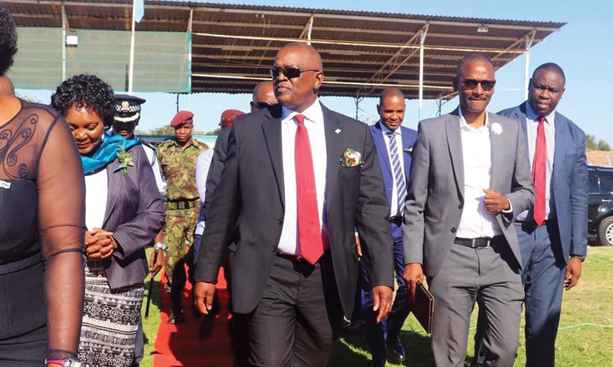 The stage was set and everyone was looking forward to the historic Labor Day celebrations in Francistown where President Mokgweetsi Masisi was set to come head to head with  Leader of Opposition Duma Boko  and President of Alliance for Progressives  Ndaba Gaolathe over labor issues.

This was the first Labor day celebration which was jointly organized by Botswana Federation of Trade Union (BFTU) and Botswana Federation of Public, Parastatal, Private Sector Unions (BOFEPUSU), the two labor centres which have been at loggerheads in recent years. It was also for the first time that the Head of State will officiate at the event and first time it was broadcast live on both the national television and radio stations.

The Old Francistown stadium was full with workers looking to what was promising to be a very interesting event as it was going to be the first time the three leaders speak at the same event.

At around 0800hrs in the morning AP vice president Wynter Mmolotsi arrived at the stadium and it was announced that he will speak on behalf of Gaolathe. “AK47! It is going to be fire! And Boko is on his way” shouted one worker as Mmolotsi made his way to the VIP tent. “Owaii Boko will be late just like in Phikwe last year,” responded one worker who was just given a cold shoulder.

Last year Boko officiated at the Botswana Federation of Trade Union (BFTU) celebrations in Selibe Phikwe and is alleged to have arrived very late and immediately left after giving his speech.

At 0900hrs it was announced that President Masisi is arriving at the stadium and Umbrella for Democratic Change (UDC) was nowhere to be seen.

BOFEPUSU Acting President Molamu set the tone for the event by accusing Masisi of not honoring the promise that he made when he assumed the presidency that he will resuscitate the Public Services Bargaining Council. “As you are well aware your Excellency when you got into office you promised that one of the things that would be top in your priorities would be the resuscitation of the PSBC be the resuscitation of the PSBC. Your Excellency would further recall that you even put up a timeline that the PSBC should have been up and running which was the end of September 2018. Even as we celebrate this day, that promise has not been fulfilled. We hold you against your word Excellency,” he hit out to the ululation of the packed stadium.

When he responded while giving the Keynote address, President Masisi said that it was not him who delayed the resuscitation of PSBC but the parties involved being the Directorate of Public Service Management and public Sector Unions.

“Since you’re throwing this back to me, I will ensure that the two parties solve their issues and PSBC should be up and running by June this year,” he said to the applause of the workers.

Molamu said that they expect the PSBC to be up and running as early as yesterday.  He raised a concern regarding the living wage and called on government to consider doing a research based on Minimum Living Wage (MLW) based on the International Labor Organization guidelines.

When it was time for Masisi to give a keynote address, the workers broke into a song that ‘a leader can be easily seen’ to his delight. He said that his presence at the celebrations underlines the importance and respect that his government attaches to consultations with workers and employers as a basis for decision making.

President Masisi highlighted that his government is committed to job creation through several strategies one of them being to attract Foreign Direct Investment to the country.

Clearly in a move calculated to achieve some effect, immediately after Masisi’s speech and as the president was settling down in his seat, there was noise and whistling from the western part of the stadium, disrupting the proceedings. This signaled the arrival of UDC President Boko accompanied by his entourage and he beat his chest then waving to the crowd. He headed to the VIP and tents and passed behind President Masisi and sat at the far end of the top table.

Few minutes after he had settled down, the first session of the program ended meaning President Masisi was now leaving the stadium. Boko took to the stage an hour after Masisi had left and mesmerized the workers with his command of the English language and charismatic voice.

He called on workers not to listen to the empty promises made by President Masisi and must not forget the brutality of the current government during the 2011 industrial action. He took a swipe at AP which talked about a New Botswana saying they are just imagining something they will never achieve. Immediately after his speech, Boko asked to be excused from the proceedings and left the stadium.

Maele to stand as Mokoko? 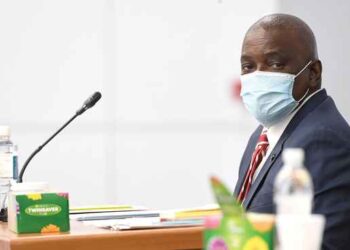 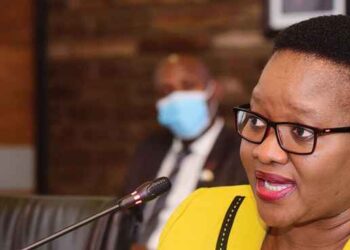 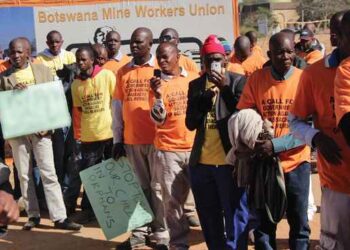 BOTSWANA MINE WORKERS UNION CONCERNED WITH THE INCREASING REPORTS OF VICTIMISATION 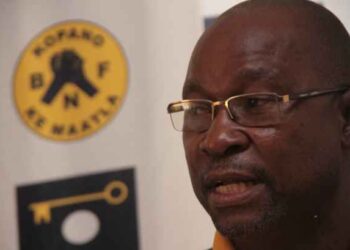 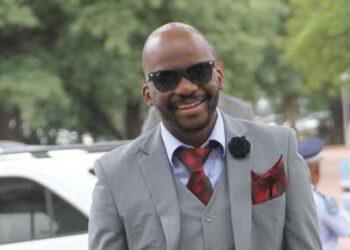 Maele to stand as Mokoko?