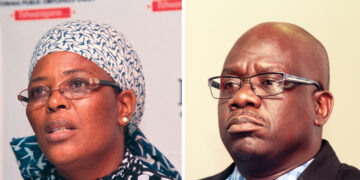 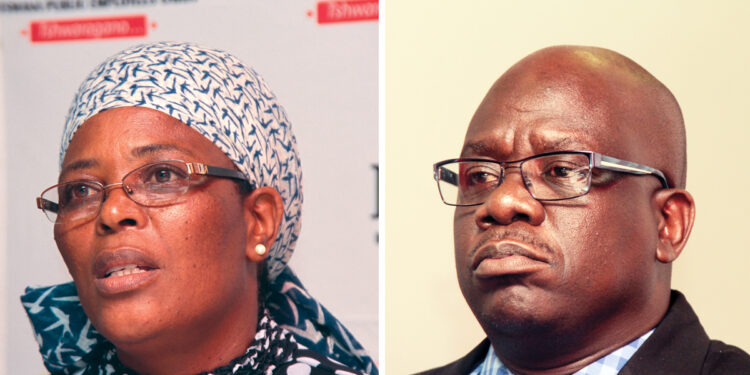 Botswana Public Employees Union (BOPEU) warring factions of Masego Mogwera and Olefile Monakwe are not interested in reconciliation, despite efforts by general membership calling for the two groups to reconcile after a protracted power struggle that has left the union in disarray.

Mogwera who is officially back to work alongside her number one confidante BOPEU General Secretary, Topias Marenga is having the last laugh against the Monakwe faction that had expelled the duo. In an interview on Thursday, enthusiastic Mogwera said that she could neither say yes or no whether she can seat for reconciliation with other faction led by Monakwe that toppled her. The maverick Mogwera said she is happy to be back to office and careless about anything else.

Mogwera said the opposing faction of Monakwe never approached her for reconciliation.“There has been no resistance for me regarding accessing the offices to do my job as the union president. I am also happy that General Secretary Topias Marenga is back to assume his duties. I am more focused in ensuring that everything is cordial in the union after unfortunate incident,” she said.

In addition, Mogwera has said that she is aware of the disgruntlement that the members are in after the court cases but said that the leadership is keen on addressing their pending matters.

She insisted that she will be embarking on a mission to address the staff and members of the union so as to assure them that everything is back to normal pleading with them to be al calm.

Marenga was not available for comment at press time as he didn’t answer calls into his phone.

On Friday, Monakwe said that he welcomed Mogwera back as the union president wholeheartedly.

“I have not met with Mogwera for a possibly reconciliation but that is something that could be considered. It doesn’t mean that I have necessarily gave up but my welcoming back of comrade Mogwera shows that there is a direction where we are going for the union progress. I attended the meeting at ministry of agriculture with Mogwera on Friday morning and there is no any bad blood between me and her. We only welcome her as the president and not anyone else,” he stated.

A research expert on labour affairs and public administration lecturer at University of Botswana (UB) ascribes the battle between Botswana Public Employees Union (BOPEU) factions led by the union two presidents Masego Mogwera and Olefile Monakwe to the love for money and power.

The UB academic who preferred anonymity in fear of reprisals said that battle for BOPEU soul has left the public sector workers representative union with a lot of doubts on its governance.

He noted that the two factions seemed to not have at their hearts the interests of the members.

“But it seems like it is the fight for the union money and power. BOPEU is a big trade union and that cat and mouse fight kind of leadership scuffle could have been avoided. The union risks losing the members because the fight for leadership raised lot of doubts to them regarding their benefits. A trade union which is unstable like BOPEU could soon see itself broke at the end of this drama,” he said.

According to him it is important for the two fighting parties to reconcile for purposes of bringing the union house to order adding that is key to save funds as more has been used on the litigations.

Bringing the matter to finality, Court of Appeal (CoA) Judge Isaac Lesetedi last week thrown out the expedited appeal by BOPEU in which the union was challenging the high court judgment by Justice Mercy Garekwe which reinstated Mogwera and Marenga back into their office positions.

He said BOPEU has for some years now have been plagued by an internal fight between two factions.

“It is quite evident that what uppermost in each faction’s mind immediate control of the union and once that control is lost, purported urgency becomes the tool to fight for restoration of such control. When control is gained. Urgency ebbs away,” said Justice Lesetedi taking swipe to factions.

Lesetedi ordered that the application by BOPEU faction of Monakwe be struck out with costs being granted against Monakwe cited as 8th respondent de bonis propriis on an attorney and client scale.

The CoA appeal judgment meant that Mogwera triumphed in all cases against Monakwe’s side.