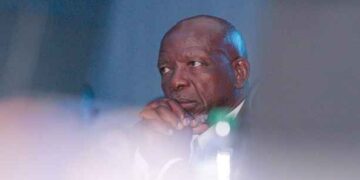 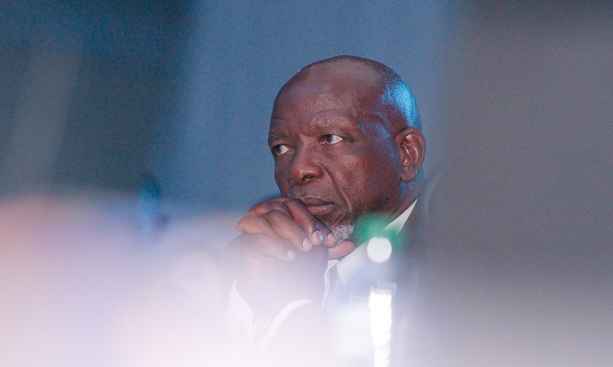 Maverick Tonota MP, Pono PPP Moatlhodi, has already set Parliament ablaze with his theatrics long before his colleagues -a majority of whom are newcomers- settle into their seats across the aisle.

The controversial figure that he is, on Tuesday Moatlhodi, who has been appointed Opposition Whip, caught his fellow Umbrella for Democratic Change (UDC) legislators off-guard when he nominated himself for the position of deputy Speaker, a position he held in the 10th parliament. He would later withdraw after he failed to garner enough support from his colleagues, and later explained that the decision to withdraw was taken by the collective. Defending his move, Moatlhodi in his true element of speaking with intensity with protruding eyes said he is an experienced legislature who qualifies to serve in the post as he has done before.

“I have to respect the decision of our caucus but everyone knows that I am capable of doing exceptionally well as deputy speaker,” he chuckled.

Ironically, but perhaps inevitably, since the opening of Parliament Moatlhodi has been frequenting the seat of President Mokgweetsi Masisi, something that does not to sit well with his colleagues at UDC. “I have long maintained a cordial relationship with Rre Masisi and my presence at UDC does not deter me from interacting with him. I was a passionately close to his late brother (former Francistown West MP Tshelang Masisi)! I don’t know why people should jump out of their skin when I approach President Masisi,” he hit out in true element of playing with flowery words.

Asked if his close association with President Masisi might cause tension between him and his colleagues at UDC, he threw his hands in the air and said in Ikalanga ‘Aba iyende ko chena!’. His colleagues in the UDC will have to adapt to his behavior because he is not pretentious and can speak his mind defying the philosophical theories of the political organization.

Botate, as he has become popularly known, has made a dramatic return to Parliament where he arrived in his usual style of dancing and using deep Setswana words. His political nemesis call him a foolhardy politician prone to whimsical decisions and impulsive thinking but that is the brand of politics which has made him popular among the voters.

Dressed in his baggy suits, the theatrical Tonota MP entered Parliament in style amid fanfare and ululations from the public gallery as he blew kisses to them. When the acting speaker Kagiso Molatlhegi asked for someone to lead the House with a prayer Moatlhodi’s microphone was immediately switched red. A tingle of anticipation engulfed the House as everyone wonderered what he was going to say to God.

Questions lingered on everyone’s mind, ‘will he roll on the parliamentary floor and cry, or will he raise his hands and pray like Pentecostal pastors with high pitched voice’? He did none. These lingering questions were prompted by the fact he has the ability to disrupt earnest protocols of office. This time he was at his best behavior as he recited a very short prayer though laced with comical solemnity.

Ahead of the highly contested 2019 general elections, many believed that Moatlhodi was a spent force and that Thapelo Olopeng of the ruling Botswana Democratic Party (BDP)  was  to have the easiest passage back to Parliament.

The outspoken and dramatic Moatlhodi not only thrashed Olopeng at the polls but halted his political career sending political shockwaves across the country. The free and fearless Moatlhodi didn’t win by a fluke but garnered 8364 with Olopeng trailing behind with 7125, a margin of over 1000 votes. After the win he will jokingly said ‘ke mo debotse ! (I have beaten him)’ bursting into laughter.

The 2019 showed that the Botswana’s political landscape is highly unpredictable making it difficult to write off any political figure. 2019 has revived the then dwindling political fortunes of Moatlhodi who was regarded as political underdog and precipitated the downfall of Olopeng. Botate was humbled by Olopeng in 2013 when he beat him in the BDP primaries and later in the general elections after he defected to Umbrella for Democratic Change (UDC). Many thought that was the end of his political career.

Now back on top of political game, Moatlhodi has shown that he is a political cat with nine lives and in 2014 he vowed that he will never quit politics as it is part of his DNA. Botate’s win could be attributed to his attachment to grassroots politics and his pragmatic approach to issues in his constituency.

Never fearing speaking his mind which in the past has put in trouble with authority, on Tuesday he took a swipe at Members of Parliament who went out during the voting session of the speaker of the national assembly calling their behavior that of school boys and girls. In 2008 BDP recalled him after he accused the then president Ian Khama of militarizing the public service but due to the support from his constituency the decision was abandoned.

Botswana lags behind on competitiveness

MPs to light up Parliament

MPs to light up Parliament