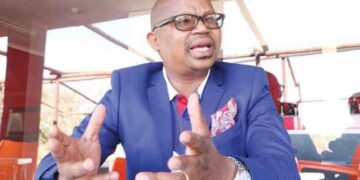 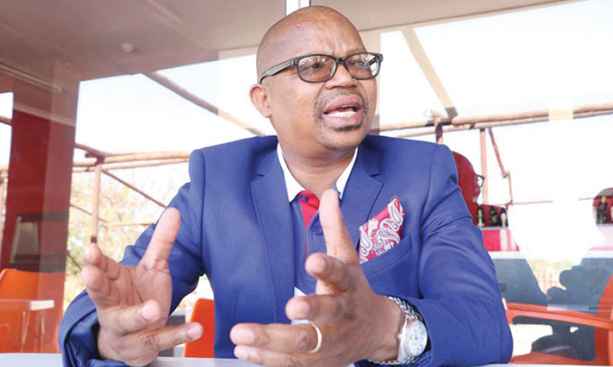 Kweneng District Council (KwDC) will on December 09, 2020 know the fate of a P15 million investment made into BluThorn Fund Managers, when the High Court grants or denies the Non-Bank Financial Institutions Regulatory Authority (NBFIRA) their wish to liquidate the company.

NBFIRA informed KwDC via a virtual meeting held on Tuesday 27th October 2020 that upon studying a report submitted by the Statutory Manager appointed for BluThorn, the Regulator maintained that the company should be liquidated. BluThorn is opposing the application for liquidation. Judgement on the matter is scheduled for Wednesday 9th December 2020. Quizzed on the matter on Tuesday, KwDC leadership led by Council Chairman, Motlhophi Leo, said they await feedback from the court process to determine the way forward.

To curb embezzlement of retirement funds assets amounting to billions of pula, which is a significant contributor to the non-bank financial institutions sector, NBFIRA Acting Chief Executive officer Sriram Gade, through a Public Notice published on March 23, 2020, placed Prime Employee Benefits (Pty) Ltd – a subsidiary of BluThorn Fund Managers (BFM), under temporary closure in terms of Section 57 of the NBFIRA Act 2016 due to non-compliance with financial regulations. “In consequence of the temporary closure, Prime Employee Benefits is not permitted to transact with or provide financing business to members of the public whilst the closure subsists,” reads part of the Notice.

Thereafter, NBFIRA moved to place the company under statutory management since April 2020 under the custody of Advocate Peter Collins of Collins Chilisa Legal Consultants. NBFIRA has petitioned the High Court to liquidate BluThorn Fund Managers, action which the company is contesting, after the Company was found to be channelling investment funds into Prime Employee Benefits -operating as licensed cash loans.

BluThorn was licensed by NBFIRA in 2016 to operate as a Collective Investment Undertaking within the capital markets industry, having satisfied the licensing and legislative requirements.  Supervisory activities by NBFIRA in May 2019 revealed that BluThorn was not fully compliant with relevant financial services laws after it was discovered that the company channeled the majority of investor funds into one of its related companies, Prime Employee Benefits.

Out of the seven invited institutions, only five responded to the invitation to quote while Stanlib and African Alliance declined. On the 16th December 2019 the Investment Committee, made up of the Accounting Officer (SACS), Controller of Accounts, Senior Economist and Investment Officer (Principal Accounts Officer), convened to appraise and adjudicate the received quotes. Bluthorn emerged as the preferred investment company at their quoted interest rate of 8.25% for an investment amount of P15 million. This translates into estimated returns of P300, 239.72. Offers from the four banks shortlisted were rejected as they offered lower returns. First National Bank Botswana had quoted 2.80%, Bank Gaborone: 3.85%, Banc ABC: 3.90% and Absa: 3.00%

Following the decision by the Investment Committee, on the 17th December 2019, Letlhakeng Sub District Council invested a total of P15 million (being P10 million from Capital Account, P5 million from the Recurrent Account) with BluThorn Fund Managers for a period of three months, scheduled to mature on 20th March 2020.

An Executive Manager at Gaborone City Council explains, albeit declining to be named, that investment decisions across all Councils follow the same process as in the case of Letlhakeng Sub. She said no council chairperson would know where his Council has invested. It is a decision by the Investment Panel without membership or inclusion of councillors, she explained.

Jeffrey Sibisibi was Kweneng District Council Chairman for the period October 2014 to October 2019 before losing to the incumbent, Motlhophi Leo. He was no longer KwDC Chairman when Letlhakeng Sub district invited quotations from selected financial institutions on 13th December 2019 or later adjudicated them on 16th December 2019. Therefore, Sibisibi was not part of the Investment Committee that selected BlutThorn Fund Managers as the preferred investment partner for the P15 million on offer, some Councillors at KwDC argue. Sibisibi was not and has never been part of Kweneng District Council Executive Management. In fact, decisions taken by the Investment Panel are not influenced by any councillor, a source at KwDC management explained. “In fact some employees and councillors may also have relatives who are in senior positions at the (disqualified) banks. So, if that’s the argument then those relatives get bonuses at the end of the year so would we now start going through such laborious processes just to adjudicate. It’s a dicy one. NBFIRA is not accusing BluThorn for criminality and they actually concede that the company was properly licensed until it didn’t comply,” said a source.

Sibisibi declined to comment on the matter, saying KwDc management is best placed to explain their own decisions and their relationships with service providers. He, however, maintained his innocence during his tenure.

The current P15 million investment was not the first time Letlhakeng Sub District Council had invested with BluThorn who had previously traded under the name Ecsponet Asset Management. Starting 15th June 2018 the company had always offered interest ranging from 6.50% and 8.25%. In total, KwDC made 10 investment transactions with the company ranging between P10 million and P20 million and just before the frozen investment Letlhakeng Sub District Council invested P20 million at an interest rate of 8.25% for 91 days on the 1st August 2019. The investment earned KwDC P400 319.63 at maturity.

Meanwhile on September 17, 2020 Xinhua, reported that NBFIRA had applied for a court order to liquidate Bluthorn Fund Managers (BFM) after the company failed to align with compliance, despite repeated engagements. Boa Chombah, head of Communications and International Affairs at the Non-Bank Financial Institutions Regulatory Authority (NBFIRA), said the authority has acted on the statutory manager’s recommendations and filed an application at the High Court, seeking an order to liquidate BluThorn.

“Failure by the management of BFM to satisfactorily and timeously rectify the areas of noncompliance observed, despite repeated engagements, led the authority to place it under temporary closure from January to April 2020 and then subsequently under statutory management from April 2020 to date,” said Chombah.

In an interesting turn of events, there is growing speculation that supporters of Molepolole South MP Kabo Morwaeng are at the forefront of publicising the alleged mismanagement of funds at KwDC. A narrative that Sibisibi abused his position as Chairman to influence the award of tenders from KwDC to a companyin which some of his family members are shareholders is gaining ground in Molepolole South and mainstream media. Efforts to get a comment from Morwaeng failed.

Sources close to the action said ever since losing the Chairmanship to Leo, Sibisibi has set his eyes on contesting the next Botswana Democratic Party (BDP) primary elections at parliamentary level. He is currently on the ground building support while the incumbent (Morwaeng) is busy with cabinet assignments as Presidential Affairs minister.