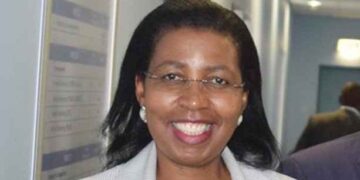 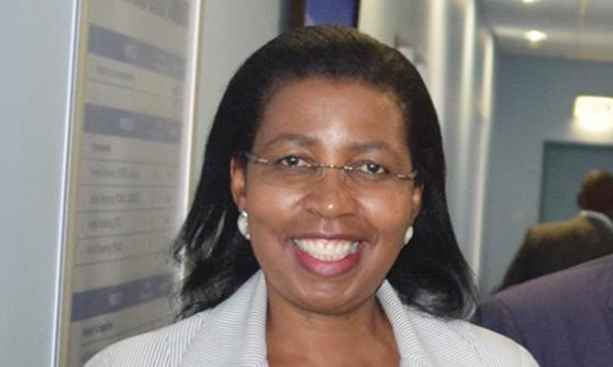 Botswana is not an exemption to Human Trafficking, a sophisticated phenomenon that is barely understood worldwide just like terrorism. This is fast turning into a national security threat in Botswana with traffickers marking the country as new transit and destination.

Permanent Secretary in the Ministry of Defense, Justice and Security (MDJS) Matshidiso Bokole when officially opening the two-day Human Trafficking Workshop for Media Practitioners, said the scourge is not just news to Botswana but it is a reality.

Bokole said the Trafficking in Persons is rising to be a global plight which violates the human rights and dignity of the victims more particularly woman and children under which many circumstances has been the targets of the traffickers in the context of the local cases registered.

She said as an effort of curbing the plight, Parliament has since enacted the Anti-Human Trafficking of 2014 through the Ministry of Defense, Justice and Security and intends to arrest the gaps in the national security threatening crime.

Botswana has registered 21 cases involving human trafficking and the statistics according to Madoda Nasha, Deputy Manager Trafficking in Person in MDJS is raising an alert that the scourge is in the verge of threatening the national security.

Out of the 21 detected cases, so far only one case has been completed and prosecuted by the Directorate of Public Prosecutions (DPP) while 16 are still undergoing investigations.

Officer in charge at the International Migration Organisation Kagiso Pelopedi said in 2018, 8 700 cases of human trafficking were recorded across the world with 21 such cases detected in Botswana.

“As reported over the past five (5) years, Botswana is a source, transit and destination country for women and children subjected to forced labour and sex trafficking. Residents of Botswana most vulnerable to trafficking are unemployed women, children and the rural poor amongst others,” reads part of the study.

The most common form of trafficking in Botswana includes working in private farms under some form of slavery, with some children in Ghanzi areas being victims.

Moreover, the other multi-facilitated nature of human trafficking is through domestic servitude, where in some instances young Batswana serving as domestic workers go for extended families who deny them access to education and other basic necessities. They place them under physical, verbal and sexual abusive conditions.

Some of the circumstances under which Batswana are being exposed to traffickers is being promised lucrative opportunities such as jobs and scholarships around the world including in the far European countries.

Pelopedi said locals are prone to traffickers through online scamming and jobs recruiting agencies, with such cases including Batswana being trafficked to the USA with a promise for jobs.  She said the trafficked are often forced to work under deplorable slave conditions.

The 2014 Anti-Human Trafficking Act of 2014 was promulgated to provide for the prohibition, prevention and combating of human trafficking by providing measures to protect and assist victims of trafficking in persons.

Section 10 of the Act imposes a fine of up P500 000 or imprisonment for a term not exceeding 25 years, or both to anyone convicted for human trafficking.

Botswana has in 2018 managed to secure its first ever trafficking conviction through the Anti-Human Trafficking Act.

The High Court sentenced a South African woman trafficker to 18 months imprisonment, nine of which were suspended.

However, the Directorate of Public Prosecutions (DPP) appealed the sentence to seek for a stringent penalty and the DPP has since introduced the specialised anti-trafficking unit to monitor the investigation or prosecution of trafficking cases, according to Deputy Prosecutor in DPP Thato Dibeela.

As a result of combating the scourge, Botswana is party to various regional and international commitments such as the Palermo Protocol which is aimed at preventing, suppressing and punishing trafficking in persons, especially women and children.

Botswana is also party to the United Nations Global Plan of Action to Combat Trafficking in Persons adopted the UN General Assembly in 2010; reiterating strong condemnation of trafficking in persons as well more particularly children and women.

The Deputy Manager of Trafficking in Persons in the Ministry of Defence, Justice and Security Madoda Nasha said some of Batswana sought Asylum in Canada with claims of fearing Safe Male Circumcision, a voluntary health exercise which is not forced on anybody. He said the move is just one of those representing the abuse of asylum laws, noting that there is a need to amend the asylum laws to stop their abuse.

The Human Trafficking Workshop for Media Practitioners was meant to shed light on the human trafficking incidents as well as create a platform for the media to appreciate the value of reporting on the trafficking cases.

In the two-day workshop media professionals were engaged in inducted in the techniques used by the Police, Media Do’s and Don’ts in preventing human trafficking and victim sensitive journalism. 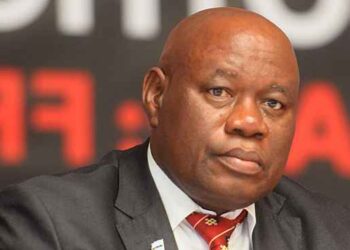