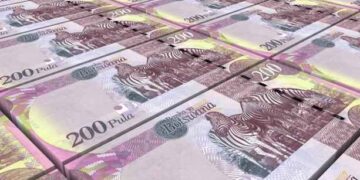 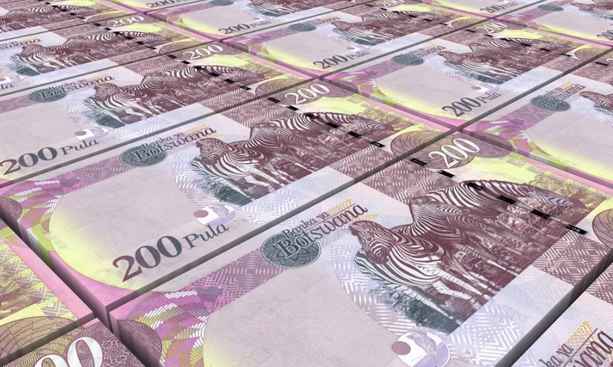 Botswana’s reputation as a clean and well-functioning country has been tarnished after international agencies movied to blacklist her as a high risk avenue for money laundering.

Following this the European Union (EU) has joined forces with the agencies and is urging its members to act more prudently against Botswana and all listed countries.

Though USA late this week issued its disdain at EU’s move there is no indication that there will be any change in their stance. Britain that has voted to leave the European Union (EU) was equally apprehensive about the block’s move but stands to make no success in opposition.

Of serious worry for the USA and other major economies is that some of its key trading partners, in particular Saudi Arabia has been included in the list.

With listed countries likely to suffer trade inconveniences, it is telling that America has not sat back since Saudi Arabia is a major supplier of oil in the globe.

The EU is Botswana’s biggest beef market and this listing poses a very serious risk to continued business in this line.

Speaking in Parliament last week about special funds and corruption, Minister of Investment, Trade and Industry, Bogolo Kenewendo said she was happy that the special funds’ oversight is back at the ministry of finance, highlighting the need to further tighten the governing structures to ensure that Botswana’s long standing financial integrity is restored.

“Corruption has plagued this country and we need more deliberate efforts in fighting corruption. I want to believe that we can even change the way the tender system works,” she had said, advocating for anonymous tender committees.

Botswana Exporters and Manufacturers Association (BEMA) CEO, Mmantlha Sankoloba said while in agreement that nations and economic blocs have to protect themselves, the consequences may be far reaching for developing economies, such as Botswana, more than it may be for the developed nations.

“So on a balance of scales, while it is important to the EU, it has an impending “business choke” effect on not only our membership, but Botswana`s budding exporters and manufacturers, who may not necessarily be BEMA members,” she reckoned.

Sankoloba continued that the listing will result in investor confidence on Botswana declining as the listing undermines the country’s ability to protect their assets and safety and security issues.

She believes “Botswana being viewed as having weak financial controls and its inability to curtail money laundering means investors may view the country and its enterprises and Business Membership Organisations (BMOs) as having strategic deficiencies and hence not being in a position to assure investors safety.”

She said moreover, given that investors may not have the time and latitude to interrogate the new methodology being applied, they will most likely make decisions on face value, which does not augur well for the economy.

“BEMA, as an advocacy and voice for the private sector, worries about the listing and will soon be doing consultative meetings with stakeholders to assess the possible damage likely to come due to this sad development,” she said.

She said the association will also undertake a perception survey to get its members’ views and possible ways to deal with the situation as it unfolds.

Engaging Government to understand what measures are being employed to deal with the matter and pitching in to assist to curtail long term effect on manufacturing and exports are some of the ways BEMA intends to assist the government.

Motswedi Securities Research Analyst, Salome Makgatle, said the creation of the Finance Intelligence Agency (FIA) by the Ministry of Finance and efforts by the agency to instill the importance of reporting suspicious transactions are yet to get bear fruit.

Makgatle strongly believes that the compliance by the financial institutions is one step in getting Botswana a step closer to getting delisted from the EU anti-money laundering red zone.

Questions fielded to Minister of Investment, Trade and Industry, Bogolo Kenewendo and the Finance Intelligence Agency (FEA) office had not been responded to by the time of going to press.

Other countries added to the list include Saudi Arabia, Panama and four US territories followed by an outrage from the United States of America and several EU countries, including Britain. Their contention was particularly over Saudi Arabia’s listings which threatens their economic relations.

Apart from reputational damage, inclusion on the list complicates financial relations with the EU and the banks in the region will have to carry out additional checks on payments involving entities from listed jurisdictions.

The list now includes 23 jurisdictions, up from 16 and added jurisdictions with “strategic deficiencies in their anti-money laundering and countering terrorist financing regimes”.

Botswana joins the list after the recent review with Libya, Ghana, Samoa, the Bahamas and the four United States territories of American Samoa, US Virgin Islands, Puerto Rico and Guam. The other listed states are Afghanistan, North Korea, Ethiopia, Iran, Iraq, Pakistan, Sri Lanka, Syria, Trinidad and Tobago, Tunisia and Yemen. Bosnia, Guyana, Laos, Uganda and Vanuatu have since been removed as they are seen to comply with the EU’s anti-monetary policies.

The US argues that the listing process was “flawed” and has since rejected the inclusion of the four US territories on the list whilst Britain, which plans to leave the EU on March 29, believes the list could “confuse businesses” because it diverges from a smaller listing compiled by its Financial Action Task Force (FATF), which is the global standard-setter for anti-money laundering.

Five of the listed countries, Samoa, Trinidad and Tobago and the three US territories of American Samoa, Guam and US Virgin Islands are already included on a separate EU blacklist of tax havens.

The 28 EU member states have a little over a month, which can be extended to two, to endorse or reject the list by qualified majority.

According to the EU: “Under to the Fourth Anti-Money Laundering Directive, banks and other financial institutions have to apply extra checks (enhanced customer due diligence requirements) for transactions involving high-risk third countries identified on the list.

Customer due diligence corresponds to a series of checks and measures that a bank or an obliged entity has to use in case they have suspicions of high risk of money laundering or terrorist financing. Enhanced due diligence measures include extra checks and monitoring of those transactions by banks and obliged entities in order to prevent, detect and disrupt suspicious transactions.

The Fifth Anti-Money Laundering Directive clarifies the type of enhanced vigilance to be applied, which includes obtaining additional information on the customer and on the beneficial owner or obtaining the approval of senior management for establishing a business relationship.

The listing does not entail any type of sanctions, restrictions on trade relations or impediment to development aid; but requires banks and obliged entities to apply enhanced vigilance measures on transactions involving these countries.” 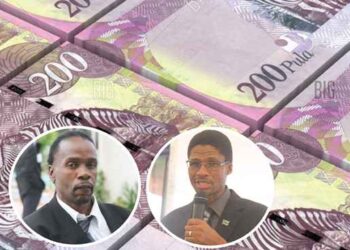