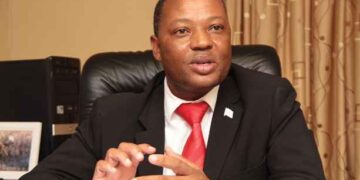 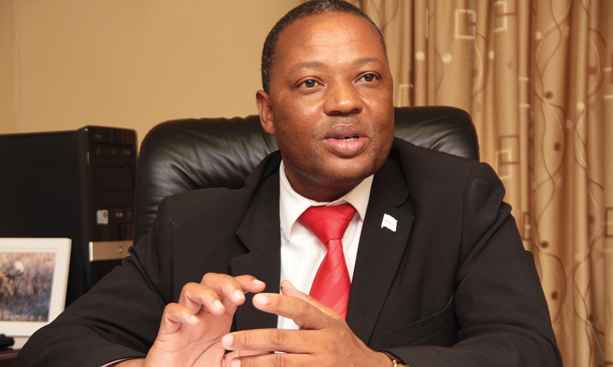 Traditional leaders from across the country have come out with guns blazing criticising Government on numerous issues that affect bogosi institution and demanding the establishment of a separate ministry for Bogosi and Traditional Affairs.

Dikgosi, who were venting out their frustrations at a Bogosi Pitso held under the theme Bogosi: Reya Kae? in Gaborone on Tuesday, accused government lack of support and recognition in the modern Botswana democracy setup. The two day Bogosi Pitso organized by  the Department of Tribal Administration  is a platform where Dikgosi introspect on a  wide range of  issues affecting their conditions of service such as welfare, relations between government and bogosi, and to address challenges facing the institution.

During the Pitso Dikgosi bemoaned the way in which Bogosi has been losing its integrity and relevance in recent times due to the unpalatable treatment and recognition signs from the Government especially through the mother- ministry of Local Government and Rural Development. Dikgosi noted that the Ministry has removed authority from them and moved it to Councils and District Commissioners who often act as the custodians of the Tribal Administration with Kgosi or Kgosana being less involved.

Kgosi Christopher Masunga who also serves as the President of Customary Court of Appeal   (North) argued, in the presence of the Assistant Minister of Local Government and Rural Development  Kgotla Autlwetse, that in most cases during the Senior Management Forum which gathers the leadership across segments of the Ministry, lot of deliberations and development plans are diverted to the Councils therefore charging that itis a clear demonstration that the Councils are ursuping their powers and diminishing bogosi. “The Bogosi Institution is less resourced in terms of the budget as compared to the Councils with regards to the allocation of developments proposed or implemented. This is a cause for concern for us in bogosi and we want the Tribal Administration departments in our regions to be fully resourced as well, why are we weakening them,” charged an emotional Kgosi Masunga.

The Bakwena Paramount chief Kgosi Kgari III noted that the Kgosi is known of playing a good role in the democratic setup from time of Lowe up to the present, however things have seemed to have changed in the way bogosi is being recognized and appreciated. He said in some instances there is lack of consultation from the Minister and the Directors of Tribal Administration on issues which affect Bogosi in a tribe citing that there was an instance in which the Ministry received names for appointment of Dikgosana without consulting him as the custodian of the tribe neither consulting the Morafe. He said this is a way of fuelling chieftainship conflicts.

The continuous chieftainship succession conflicts have been pinpointed as a fire initiated by the government with regards to the compromising the guidelines of the Bogosi Act in the roles of Kgosi and appointment of a new Kgosi when a vacancy arises.

Senior Chief Representative from Kanye and Kgosi Kwelagobe Mookodi representing Kgosi Kgolo Malope II of Bangwaketse hinted that the new policy of appointing a Kgosi by ballot or voting had made some rightful people to the heir to be denied their Chieftainship. He said by birth traditional procedure of appointing a Kgosi who inherits the throne as per section 6 of Bogosi Act should be followed in an instance where it is supposed to be followed.

Kgosi Mookodi said the increasing chieftainship disputes countrywide remain major concern and therefore advised the Ministry to give the Magosi time in addressing and settling such disputes. He said there are instances where a Kgosi need to be appointed by ballot or vote and therefore said that is where the Minister has a game to play not in Bogosi which is of birth.

Kgosi Puso Gaborone, Chairman of Ntlo ya Dikgosi and his fellow colleagues agreed with one voice that there should be a separate Ministry focusing on Bogosi and Traditional Affairs. Dikgosi said this will enable the institution of Bogosi to be fully capacitated and well-resourced and place all the activities that Bogosi shall do under one roof. Dikgosi explained that they act as custodians of culture as per Bogosi Act and contradictory to this culture is housed under Ministry of Youth under which Bogosi does apply to and therefore challenged that culture must be relocated from MYSC to atleast Ministry of Local Government which Bogosi forms part of.

Kgosi Gaborone further noted that Bogosi should be accorded proper respect and recognition. “Bogosi shall be placed back to its rightful position and be fully respected, we (Dikgosi\ Bogosi) its high time we are taken serious as we are the core foundation of the democracy and peace that exists within this country,” he charged.

Meanwhile the Assistant Minister of Local Government Kgotla Autlwetse while officiating at the Pitso said the Government is aware of the critical role and part that Bogosi\ Dikgosi play in the governance of the country. He said the unique status that the institution possesses cannot be discarded or overemphasized and therefore said all will be done to improve the welfare and service conditions of Bogosi.

Autlwetse said he is aware of the grievances of the Dikgosi and promised that proper consultative means will be followed to create conducive relations between bogosi and government.

The Pitso also fcused on deliberations such as the role of Bogosi, Conditions of Service of Dikgosi and the proposition for the Bogosi Act review. The Dikgosi also pleaded with the Ministry to set aside the budget for the platforms such as Bogosi Pitso for it to be held on annual basis with the Pitso was last held in 2015. 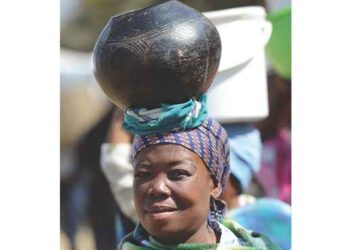