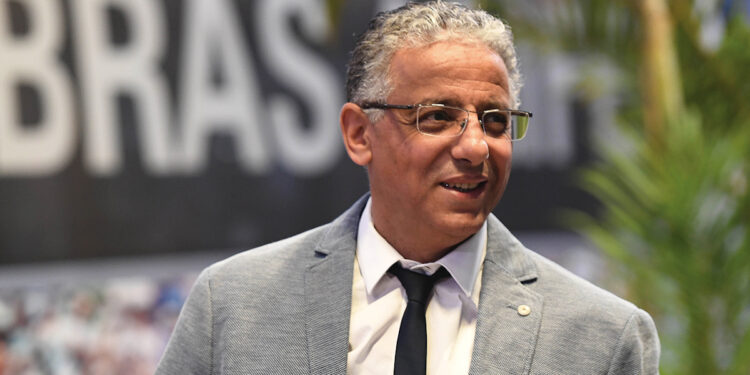 Local football analyst Jimmy George says the pressure will be higher for the senior national team coach Adel Amrouche when the Zebras face Algeria and Zimbabwe in AFCON ties next month.

Zebras will battle out with Zimbabwe and Algeria in AFCON 2022 qualifications and matches according to George would be litmus test for Amrouche to turn the tables around to the best.

George said the alleged fallout between the coach and some players in the camp as they made rounds on the media will add pressure on the Belgian tactician whose Zebras record is not impressing.

But Botswana Football Association (BFA) denied rumors that all is not well in the Zebras camp.

“Winning against both Zimbabwe and Algeria remains a big and impossible task looking at the fact that there is no competitive football for almost a year now. Our players are rusty and it will take the coach to inspire and motivate the players in this difficult time of football drought,” he said.

George indicated that the Zebras opponents have an upper hand as their players are enjoying a competitive football playing in different leagues across the work and in the CAF club competitions.

Meanwhile, George said the football standard would deteriorate if competitive football cannot return in a near future adding that BFA could be failing to come up with exceptional return plans.

He noted that if all the leagues cannot resume, at least the premier should be played by now.

“The pandemic has hit all the sectors of economy and it is even getting worse for football. It is employment to players and therefore it means the ban is affecting their livelihoods,” he added.

Zebras is seating on the third position in Group H with four (4) behind first placed Algeria which has got 10 points in 4 games while Zimbabwe is occupies the second spot with five ( 5) points.

Zambia seats at the bottom of the table having just collected three (3) points from four games.

Football mother body in a statement said the team preparations are going well for the matches.

BFA on Friday said the national team players, have called on the entire nation to rally behind the team ahead of their two decisive fixtures between Zimbabwe and Algeria next month (March).  “The Zebras have a yearning desire to qualify for the 2022 African Cup of Nations (AFCON). The current crop of Zebras players are harboring dreams of making history by becoming the second generation to reach the finals of AFCON. The first and last time the national team qualified was in 2012,” BFA said in statement clearing air over alleged fallout between the coach and some player

Township Rollers’ hard-tackling defender, Mosha Gaolaolwe said the mood in the camp is high adding that the integration of old campaigners and new players into the camp is working well.

“When we first came to camp, the new players struggled to get what the coach wanted from us. We all know what is at stake and we want to qualify for AFCON. It is every player’s dream to represent the country at the highest level and we ask the nation to support them team as we are all Batswana at the end of the day. We all want to see our country being celebrated across the world too. That is the most fulfilling feeling,” said Gaolaolwe captured in the BFA statement giving picture of the mood in the camp.

Meanwhile, Amrouche’s contract will expire in October and it will be seen if he will get new one.

BFA has given him an assignment to qualify for the 2021 AFCON which is billed for next year in Cameroon.