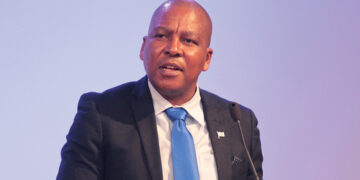 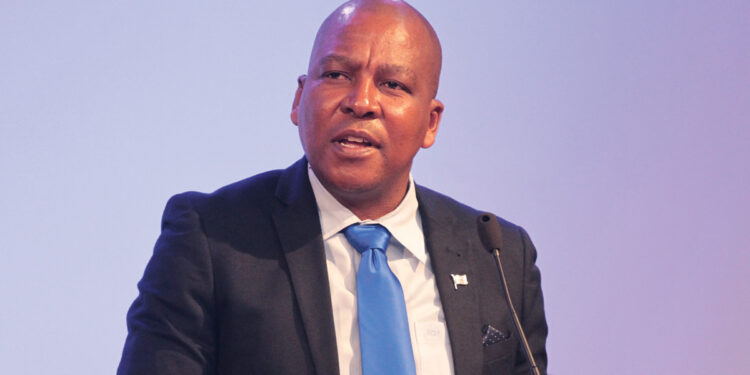 Assesment ongoing for feasibility of converting the plant

As the country struggles with medical oxygen leading to a high mortality rate due to the Covid-19 pandemic, the Member of Parliament for Selibe Phikwe West,  Dithapelo Keorapetse has called on government to convert the BCL oxygen plant.

In answering the question, Minister of Minerals Resources, Green Technology, and Energy Security Lefoko Moagi indicated that he has engaged the liquidator for BCL Limited regarding the possibility of liquefaction and bottling of oxygen at their facility. “The Liquidator has duly directed his team to continue investigating the option of utilizing the industrial plants for the production and bottling of oxygen deemed safe for medical use,” he said.

Moagi said the oxygen produced by an industrial oxygen plant would not conform to standards required for medical grade oxygen used in hospitals for patients. He also said, the size of the components in an industrial plant is much larger than in any medical-grade plant. Therefore, an alternative solution should be considered while it is still being investigated whether to convert the BCL Oxygen plant to fit for medical purposes.

“I have researched and have further been advised that a far safer, more cost effective and time frame sensitive option may be to invest in what is called Pressure Swing Absorption (PSA) type oxygen generators (O2 generators), which are suitably sized and can be installed on any hospital site in a relatively short time,” he informed Parliament.

By using the PSA-type oxygen generators on hospital sites, Moagi said that issues of supply vendors, contracts for transport, delivery, bottling, and the stock would be fully mitigated. Thus it may be a lasting solution. He reasoned that it would avert the possible insurmountable constraints of modifying the industrial plant by opting for the PSA Oxygen generators.

Moagi revealed that the BCL Plant electrical loading is such that to run the plant would cost in the region P2.2 million to P2.8 million per month. The only active oxygen in Selibe Phikwe, according to Moagi, are the ones owned by Air Liquide, and the company is aiming to sell them.

Keorapetse had aske Moagi to specifically clarify whether or not the BCL Oxygen Plant can be converted to manufacture medical oxygen to deal with the current crisis of acute shortage.

A source close to Air Liquide Botswana said converting the existing oxygen plants in Botswana is not the wisest alternative to dealing with the depreciating oxygen situation amid the pandemic.

According to the expert, it is important to first understand how much oxygen is used in hospitals, highlighting that the consumption has doubled following the increase in Covid-19 related admissions. “Quality oxygen ranges between 90% and 95% and globally 93% is considered the standard rate for human medical applications,”he explained. However,

the source explained that to produce the required oxygen was not feasible from a financial perspective because the costs incurred overweigh the advantages. He went on to explain that oxygen can be compressed into liquid but there would be a need to purchase a

purifier for any impurities before it is taken to medical centers.

Moreover  transporting it from Selibe-Phikwe to final destinations adds an additional cost. “The tanks are too big and would need to run for no more than 5 days to produce enough oxygen for the whole country’s month supply of oxygen. But the cost of resuscitating them

and running them in between intervals is worth millions,”he pointed out.  The source in question additionally suggested that purchasing oxygen generators that supply oxygen through cylinders was the cheaper option.

“I do not have the full details but I also recall not long ago that there was a project involving SPEDU and BDC to set up a medical specific oxygen plant in Selibe Phikwe and that might also be another viable option,” he added.

Keorapetse who was at the forefront of suggesting the use of the industrial oxygen plants said he was aware of the latter mentioned project; but explained that it is unclear where they are with regards to the project. Efforts to reach SPEDU and Botswana Development

READY FOR THE FAST LANE