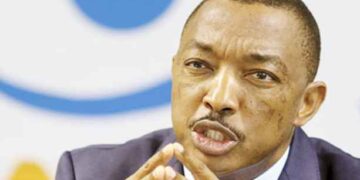 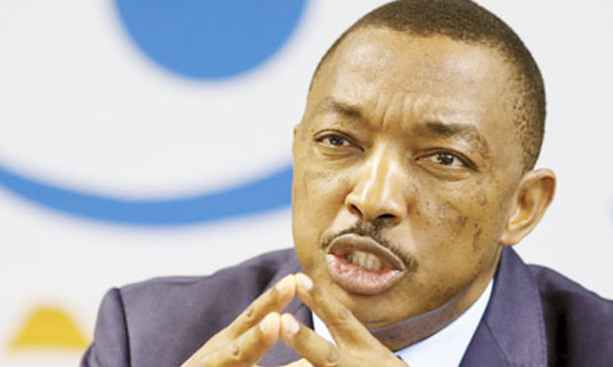 With less than six weeks to the closely contested 2019 general elections slated for October 23, accusations and counter accusations are flying thick and fast as politicians pull every trick in the book to canvas votes. In the latest development in Tonota constituency, former deputy speaker of the national assembly, Pono Moathodi has accused his fierce rival -Minister of Tertiary Education- Thapelo Olopeng of voter trafficking.

Speaking at his launch over the weekend in Tonota, Moathodi said his campaign team has discovered over 4 500 people on the voters roll who are not residing in Tonota constituency. “Only 14 000 people on the voters roll are inhabitants of Tonota. Recently during his launch, Olopeng is said to have told BDP members that he has registered more than 4 500 electorates outside Tonota and he will make a plan on how they will cast their vote,” Moathodi alleged.

Their rivalry dates back to Bulela Ditswe 2013 when Olopeng defeated Moathodi during the ruling Botswana Democratic Party (BDP) primary elections. After his defeat, Moathodi defected to the main opposition Umbrella for Democratic Change (UDC) to face his nemesis once again. Moathodi got a second bite at the cherry to face Olopeng. Amid protestations that culminated in a court case, the UDC withdrew the youthful Maokaneng Bontshetse and replaced him with Moathodi.

Olopeng defeated Moathodi again at the 2014 general elections with 7 013 votes against 5 179, Themba Joina (representing Botswana Congress Party) came a distant thrid with 475 votes while Independent candidate Michael Mzwinila only managed a paltry 128. Even though he accepted defeat, Moathodi attributed his loss to voter trafficking. He said Olopeng trafficked people from the capital city, Gaborone to register in Tonota. He claimed that Olopeng had hired buses to transport his supporters who were not residing in Tonota.

Olopeng confirmed to The Patriot on Sunday that indeed he provides transport for Tonota voters who reside in Gaborone. “Yes it is true that I have made a promise to provide transport for Tonota people who are residing in Gaborone but have registered in their home villages in my constituency. I have not trafficked them but I am just facilitating so that they can cast their vote. Everyone regardless of which party they belong to will be free to board the mode of transport that I will provide on the eve of elections,” Olopeng said.

Efforts to reach IEC spokesperson Osupile Maroba were futile. However, asked if such conduct (transporting voters who reside elsewhere to a another constituency) does not amount to or fuel voter trafficking, an officer of IEC who is not sanctioned to speak to the media said it does not. “Giving people transport on the eve of elections is not an offence. What is not allowed is to use vehicles branded with campaign materials at the polling station,” he said.