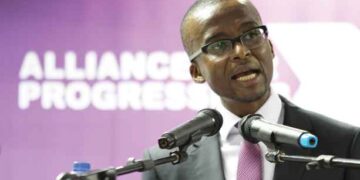 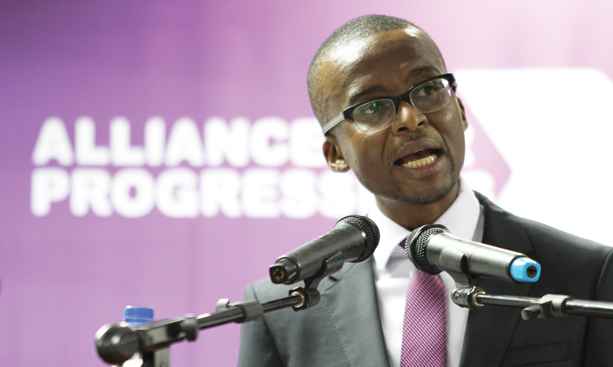 The President of the Alliance for Progressives (AP) Ndaba Gaolathe says the much anticipated 2019 General Elections come at a time when the state of the nation has been badly wounded, economy stunted, partly as an outcome of years of irresponsibility, neglect and selfishness by the ruling party elites.

He said during the 2nd Annual Policy Address of the Alliance for Progressives on Wednesday, the soft spoken AP leader said the nation once admired for a flourishing economy, and quality of public services, should now not sink into a denialism about the challenges it faces: the rot in governance system, or the swathes of desperate faces walking aimlessly without even the hope of finding a job or a meaningful occupation.

Gaolatlhe said the old Botswana under the deteriorating leadership of the ruling party is still satisfied with the flourishing corruption, weak public oversight institutions and the dictatorship that is constitutionally based.

He said as the AP they aspire for a new Botswana that shall be characterised by the good policy reforms in the economy, education, arms of government and Constitutional amendment. He emphasized that corruption should have no space to be entertained at all.

“And so we face a choice between the old and the new, the Old Botswana or the New Botswana. I weep that many still see the old Botswana as an option. I weep because the old Botswana does not possess the will, desire or the courage to fundamentally change the material conditions of our people to turn our country into a land of opportunity,” he said.

Gaolatlhe said the country is still faced with crisis in the education sector due to the dilapidated or crowded schools which have significantly contributed to continuous declining standard and quality of education. He stressed the importance of investing more in the education system that will be more knowledge and wealth creation oriented.

He said to rectify the ailing education system, it is high time the mother tongue is included in the curriculum as  the country is blessed a variety of beautiful languages  such as Hambukushu, Yei, Tswana, Subiya, Kalanga, Herero, Sesarwa and so many others – which should be cherished and shown off as treasure.

Gaolatlhe rebuked the current system of government that has massive corrupt practices with the elites creating monopolies in land ownership and unfair distribution of awarding tenders.

“Majority of Batswana lack of access to the country‘s wealth because the system is only monopolised to certain individuals who reap the benefits alone at the expense of the majority of citizens. The corrupt deals in the land, government tendering is what should not be tolerated going forward,” he said.

He expressed concern that if it is from this institutional arrangement of monopolies, that many citizens believe they will get their break as the up-and-coming graduate or the teacher or the entrepreneur or the farmer or the unemployed citizen or the disco jack, such arrangement should be deeply mourned for because the Old Botswana has nothing for the nation so far.

The AP leader insisted that the economy should be diversified through forming robust strategic partnerships with institutions in tourism, technology and agriculture industries as it has been the case with Japan which forged relations with Toyota before.

He said the Japan\Toyota alliance have led to Japan tapping into producing its own models of cars in Honda and Hyundai, observing that Botswana should also take the similar route to allow robust industrialisation. He said this can reduce dependence on the minerals sector.

“With our minerals the New Botswana proposes to de-monopolise our diamond sector to establish our country as one of the top 10 trading centres out of the more than 20 globally, and one of the top 3 in EMEA (Europe, the Middle East and Africa). We will also de-monopolise the meat sector and develop a full cattle value chain in cattle-growing regions. We plan to expand services (including financial) by leveraging local assets and focusing on export markets (business process outsourcing, call centres, data centres, aircraft maintenance),” he said.

Gaolatlhe said the current weak oversight institutions such as the DISS, Judiciary, and Legislature were not working well due to being suppressed by the Executive.

He said there is a need for a new way of governing, a clear distribution of powers that erects inclusive institutions or structures whose orientation and capacity is adequate to contain the abuse of power by anyone. “This, we believe, is the best medicine for corruption and for igniting into life the type of inclusive, robust and creative economic institutions our nation needs to transform the fortunes our people,” said Gaolathe.

According to him, they intend to have a constitutional review with an end result of distributed powers among the three arms of Government, clear separation of powers, cancellation of Automatic Succession, except possibly in cases of death.

Moreover, the delinking of oversight bodies from control by the Executive, budget transparency, strengthening of the local/municipal government, and a confirmation process by the Parliament (through Parliamentary Committees) for key members of the executive nominated by the President (and this would include cabinet members, Permanent Secretaries, Government of the Bank of Botswana, and judges).