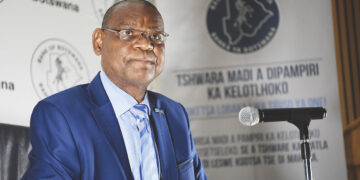 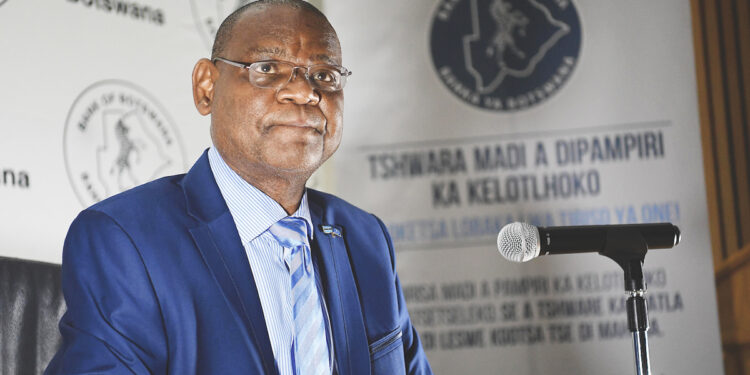 The central bank, Bank of Botswana (BoB), has disclosed in its Monetary Policy Report for the month of August that annual growth in the commercial bank continues to decline. The downward trend started in June last year.

The bank said the 5.3% decline in June 2021 is reflecting, in part, the somewhat subdued as well as restrictive supply of credit by banks on account of the uncertainty created by the coronavirus.

Another thorn of the banks flesh is the growing household debt that costs them. The central bank disclosed in its annual December 2020 Household Indebtedness Survey that the total household debt amounted to a whooping P50.7 billion as of December 2019.

BoB survey has presented that the banks are the most owed, by comprising 88.6% of the loans. The economic observers have cautioned that the high level of the household indebtedness could keep on expanding as banks borrowing rates has been reduced; hence debt can go up this year.

Most worrying for the economists is that the banks account for the highest percentage of debt hence this could have a negative impact on their coffers post pandemic with banks risking not being paid at all.

“The commercial banks are likely to emerge the biggest losers. The borrowing rate has been slashed by the Bank of Botswana and this means that there is now little interest attracted on all loans. Banks should be cautious in how they lend money because of uncertainty that continues to persist. There is no guarantee that borrowers will pay,” said an analyst, who preferred anonymity.

BoB concurred that general expansion in borrowing by households is supportive of economic growth mainly through consumption spending and acquisition of high value assets such as the property (housing) and other income-generating assets (livestock) but warned of the risks as well.

“However, there can be an increase in the financial risks when the increasingly higher rates of household credit growth are not supported by a commensurate increase in personal incomes, wealth accumulation or such credit does not generate a rise in welfare,” cautioned  the bank which reduced bank rate to 3.75%.

Meanwhile, the central bank stated on the Monetary Policy Report under review that domestic headline inflation averaged 6.7 percent in the second quarter of 2021, higher than 1.9% in Q1 2020. The rise in headline inflation according to BoB is mostly accounted for by the increases in levies/taxes and the upward adjustment in administered prices and associated second-round effects.

Inflation is forecast to remain above upper bound of the Bank’s 3 – 6 objective range in the short term. “Nonetheless, inflation is expected to revert to within the desired objective range in the second quarter of 2022. Compared to the June 2021 forecast, inflation is projected to be slightly higher in the short term, mainly reflecting the upward revision in forecasts for trading partner countries inflation and international commodity prices, as well as the improvement in the domestic economic activity in the first quarter of 2021 than previously projected,” underscored the Governor Moses Pelaelo’s led bank.

In addition, Bank of Botswana has added that following the annual review of the exchange rate policy rate in January 2021, an annual downward rate crawl of 2.87% was maintained for 2021. This, according to the bank, is with a view to enhancing domestic industry competitiveness in global markets and in response to the adverse impact of the Covid-19 pandemic on the economy.

“Consequently, the nominal effective exchange rate (NEER) of the Pula depreciated by 2.8 percent in the twelve months to July 2021. Against the basket currencies, the Pula depreciated by 9.5 percent against the South African Rand but appreciated by 3 percent against the SDR in the twelve months to July 2021.In the year to June 2021, the REER appreciated by 1.1 percent due to the positive inflation differential (4.1 percent) between Botswana and a trading partner countries as domestic inflation accelerated above the objective range,” the bank highlighted.