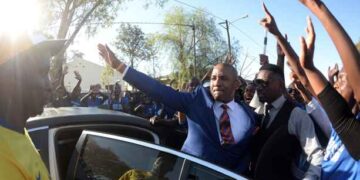 UDC must just pick the pieces and move on

UDC must just pick the pieces and move on 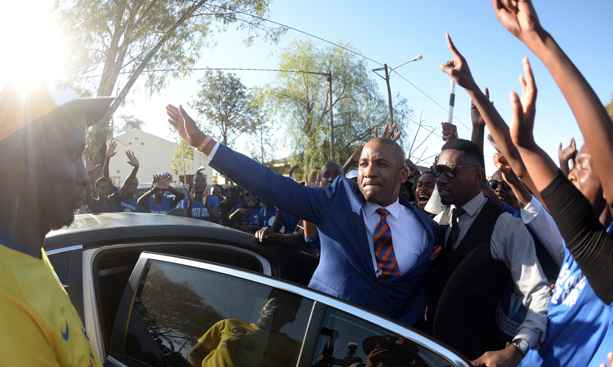 Now that the election has come and gone, the Umbrella for Democratic Change (UDC) is busy wallowing in self-pity and in the process hoping to attract public sympathy to the effect that the election was rigged. The call by some in its fold particularly the vanquished that the election was  rigged is not helped by the fact that its Vice President Hon Dumelang Saleshando has accepted the results notwithstanding his position that those aggrieved one way or the other have a legal right for recourse. On the basis of Hon Saleshando’s accepting the result, it says to all and sundry that the UDC as a party sponsoring such petitions will be highly divided between the victors and the vanquished  should it go ahead with the petition. Ordinarily, one would have expected the party to issue a statement on whether it is challenging the election result or not. But with the apparent divisions in the UDC whether or not to mount a challenge speaks volumes. On that score, I am of the view that the UDC must just pick the pieces and move on. The UDC is pained by the election loss and it would do it a lot of good and save it from internal instability that could be caused by disagreement  on whether to mount election petitions or not.

What does the UDC as a party hope to derive from challenging election results? The view out there is that the UDC has been cheated and that court action could, if successful, overturn the election result. The fundamental point missing in the cheating narrative and which point is not made clear to us the poor souls is that it is in fact the singular Member of Parliament candidates who lost who will be mounting the petition on behalf of the UDC. That is, every such losing MP candidate will be challenging the election result in the constituency he/she contested for whatever election fraud they may be able to proffer to persuade court in their favour. Because constituencies will have their own peculiar circumstances to constitute an electoral fraud, each losing MP candidate will be lodging a petition in their individual capacities given that they are the ‘warm bodies’ that represented the party.

They will have to prove that such electoral fraud took place and, it would have largely disadvantaged them. Such proof will entail for example whether a ballot box or boxes were not counted in a given constituency, whether the numbers of those who voted far exceeded those on the voters roll.  The success of the UDC will therefore depend on whether the election fraud is proved at the constituency levels and is of such magnitude to have largely affected the election.

It is assumed that the UDC had in place election agents in all polling stations to oversee the procedural, substantive and other aspects of the poll to enable them to ascertain whether the Electoral law was observed and implemented by the returning officers or not. An election agent is a person on the ground who becomes the eyes and ears of his/her party candidate. He/she is crucial in advising the party candidate on the conduct of the election such that he/she makes an informed decision whether some wrong doing occurred or not. The pertinent questions will be: are these agents fully capacitated to make the call whether the poll was procedurally and substantively in compliance with the Electoral law. Did they lodge an official complaint in compliance with the electoral or any other relevant law; do they have such written documentary proof to back their claims; what did the returning officer do about their complaints?

A party agent presumably representing an election candidate and by extension the UDC was on radio the other day where he complained that a ballot box was transferred from Odi to the counting centre at Molefi Senior Secondary School after the polling station had closed and the verification/counting was in progress. From the tone of his radio conversation, it appeared he only complained verbally to the returning officer and nothing more unless he didn’t want to divulge much on the Odi incident for whatever reason. It could very well suggest similar incidents obtained in other areas. I am not by any stretch of the imagination suggesting that vote rigging may, or may have not occurred but that have incidents supporting such good enough in law to persuade the court. The Gantsi ballot box story comes to mind unavoidably bringing into question the role of party agents. From the bits and pieces one gets from this story, it appears party agents could be seriously challenged to explain their roles in the movements of ballot boxes as alleged. But the 12th November date where this matter will be heard in court could explain whether party agents slept on the job.

From where I stand, it will do a lot of good for the UDC to seriously introspect on why it performed so poorly in the southern Botswana where it has managed overtime not to lose all constituencies thereat. It is generally agreed that the Lt Gen Ian Khama’s factor together with the conduct of Advocate Duma Boko at some point led to such poor performance. On the surface, wouldn’t it be wise for the UDC to review its association with Lt Gen Khama going forward. It will be interesting to see how the UDC deals with him particularly that it captured traditional BDP constituencies in the Central District reportedly due to his influence. The other point worth mentioning is whether the UDC stands a chance of winning any constituency particularly in the southern Botswana should the High Court rule as such. It doesn’t look like that will be the case because it is very likely that the voting patterns experienced in the just concluded election could still be repeated may be with more humiliating effect. If indeed the Khama and Boko factors played a role, these factors still remain and they are still fresh in the minds of the electorate.

In the circumstances, the UDC appears to be singing the vote rigging song which doesn’t sound melodious if ever it was particularly to some of its own members. Even if it wins some of the constituencies it is challenging, this cannot significantly alter the election outcomes to a point of unseating the BDP. At best, such a win will be purely political where the vote rigging narrative could be somewhat pushed and validated. That said, it is only fair to give the UDC losing candidates some space to challenge the election outcome as it is their right to do so as provided by the Electoral law. But my gut feeling is that the UDC election petition, and for all intends and purposes, is an exercise in futility. I am prepared to be persuaded otherwise as always. Judge for Yourself!

SEEDSTARS AWARDS MOHIRI THE TITLE OF BEST STARTUP IN BOTSWANA

SEEDSTARS AWARDS MOHIRI THE TITLE OF BEST STARTUP IN BOTSWANA