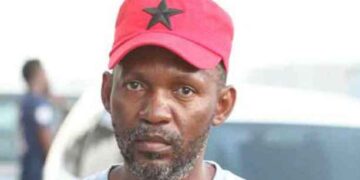 Murder of George Floyd exposes the hypocrisy of America`s Democracy!

Murder of George Floyd exposes the hypocrisy of America`s Democracy! 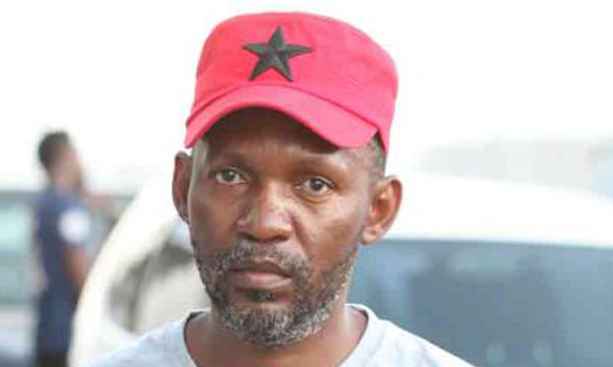 Real Alternative Party seeks to respond to the horrors of lynching carried out against people of color on a regular basis in America. This article is informed by studies elucidating a contemporary understanding of race relations, racism, and the plight of the Black male in a 21st – century “post-racial” America. By inference as regard transparency and the right to access information, we take side with Facebook CEO, Mark Zuckerberg (albeit a capitalist), on why his company (Facebook) refused to block Trump`s inflammatory statement on which he was threatening to order the shooting of protesters upon which Zuckerberg responded that – “I disagree strongly with how the President (Trump) spoke about this, but I believe people should be able to see this for themselves, because ultimately accountability for those in positions of power can only happen when their speech is scrutinized out in the open.” Zuckerberg is right to have stood by his guns on the fact that streaming live of horrific incidents on social media, especially meted out by law enforcement officers. Social media indeed gives the public a chance to play judge and jury in cases that could get swept under the carpet. Social media also helps to reduce chances of governments going away with murder and criminology.

The recent tragedy of lives cut short in America of the likes of George Floyd who died from a Minneapolis police officer kneeling on his neck— handcuffed; Ahmaud Arbery, gunned down (on February 23, 2020) by a former police officer and his son while jogging; or Atatiana Jefferson (October 12, 2019), shot and killed by police through the back window of her home; or Botham Jean (september 6, 2018), shot and killed on his couch by an off-duty officer who walked into Jean’s apartment; the recent attention surrounding the death of Breonna Taylor (March 13, 2020), a black EMT who was killed after officers forced their way inside her home to serve a search warrant have exposed the hypocrisy and fraudulence of America`s democracy. What Black people are going through right now in America is experiencing the pandemic within a pandemic – that is the dual ills of coronavirus and systemic racism., raises a very high skepticism of America`s “high and great principles” of democracy.

The continuance of fatal law enforcement interactions involving unarmed individuals, especially Black males is not accidental. The forerunners of modern – day police brutality against African Americans has roots in slavery. From 1877 to 1950, more than 4,400 black men, women, and children were lynched by white mobs, according to the Equal Justice Initiative. Black people were shot, skinned, burned alive, bludgeoned, and hanged from trees. Lynchings were often conducted within sight of the institutions of justice, on the lawns of courthouses by law enforcement officers and the Ku Klux Klan. During slavery, historical narratives about the origins of American law enforcement show that squadrons made up of white volunteers were empowered to use vigilante tactics to enforce laws on Black people who were by then subjugated to slavery. Members of slave patrols could forcefully enter anyone`s home, regardless of their race or ethnicity, based on suspicions that they were sheltering people who had escaped bondage. As Eastern Kentucky University criminologist Gary Potter explains, officers were expected to control a “dangerous underclass” that included African Americans, immigrants and the poor. Police corruption and violence – particularly against vulnerable people – were commonplace during the early 1900s.

In 1868 the ratification of the 14th Amendment quickly made the Black Codes illegal by giving formerly enslaved blacks equal protection of laws through the Constitution. Since then America became a nation governed by the idea that it is rule of law centric, not rule by law – meaning, among many things, that the police cannot take a life because they can and that no one is above the law. These “high and great principles that make America great,” do not apply to Blacks as a matter of law. To be black in America is to live a life bookended by traumatic experiences. The history of black life in America is full of perpetual vitriol and trauma deepened by sinister events including a list of unarmed black people killed by the police. Documented historical accounts have shown how myths, stereotypes, and racist ideologies led to discriminatory policies and court rulings that fueled racial violence in a post – Reconstruction era and has culminated in the exponential increase of Black male incarceration in America. That is why, the four officers who killed George Floyd felt free to do it anyway even during a pandemic that has disproportionately sickened and killed African Americans. From this historical standpoint, it befits to reach a conclusion that the violence against thousands of black people who were lynched after the Civil War is the precursor to the vigilante attacks and abusive police tactics still used against black people today.

Criminal justice reports on issues of race, class and crime in America, show that by virtue of their skin color, black people are on several occasions mistaken for suspects and they pose considerable risks of inviting disrespect, even physical harm from the police. Even honest reporting of an incident is purported to carry the risk of creating a negative persona for the victim. As one Black – American said “By calling the police, you are inviting this big system—that, frankly, doesn’t like you — into your life. Sometimes you call and it is not the help that comes.” Hence why (Amy Cooper) cashed in on when she called the police on an innocent black man, Christian Cooper (who was bird-watching in Central Park) and made up lies after flouting a dog-leashing rule at Central park, New York City, in May 25, 2020. By calling the police and mentioning “African American”, the white woman knew the optics of her power and her privilege – past and present in an attempt to have Christian Cooper damned. She wouldn’t have said “African American man” if she didn’t. By telling the police that an “African American” was threatening her, the white woman made a split-second calculation in her determination to flout a dog-leashing rule to demonstrate that she was more important than Christian Cooper’s right to protest.

The point is the United States government is morally incapable of protecting the lives and property of African Americans. America`s institutional racism of decades and centuries ago has not changed as much as it could. The persistence of racially biased policing means that American policing is stuck with its racist roots of the past. The roots of racism in American policing – first planted centuries ago – have not yet been fully purged. That is why for many African Americans, law enforcement represents a legacy of reinforced inequality in the justice system and resistance to advancement. And as Khalil Gibran Muhammad, author of The Condemnation of Blackness puts it “for black Americans, policing has always been the mechanism for racial surveillance and control.” These are the result of the synonymy of Blackness with criminality in America. They are the result of White supremacist actions and decisions that intersect and interlock to create the scaffolding for structural racism.

Despite the fact that the US government has forbidden the use of racist regulations at the state and local level little progress has been made in the efforts to address the injustices existing in Black and nothing to promote true racial equality. People of color are still more likely to be killed by the police than whites. What is worse is the vagrancy laws, known as catch – all / stop-and-frisk program — (a system of policing that gives them wide discretion to stop, question, dragnet and arrest so many innocent black and brown citizens at will] are strictly enforced in the America of today. For over four hundred years the USA has failed to treat with mercy, humanity, and empathy, people of African descent.

The need for Africans in the diaspora to come back to their homeland:

Given that living in America as black person has always been difficult as many are brutally marginalized and face daily inequalities, the Black people must live America and come back to live in Africa. Living in Africa will end the atrocious hardships that Black people have endured for too long in America. In Africa there is in contrast to America —lower cost of living, fresh food, ample land for residence, farming, business ventures most of all, freedom to be unapologetically themselves and  a sense of freedom not having to think about race. From this point of view, Real Alternative Party calls on all political rulers of Africa to pledge free land and full citizenship rights to any African who wishes to repatriate to Africa as a return to their ancestral home. Real Alternative Party demands that all African political leaders must undertake a moral obligation to fully repatriate Africans in the diaspora if they wish to return, without subjecting them to the bureaucratic procedures that are apparent in our laws in regard to the acquisition of citizenship. Sending messages of condolences and making gestures of remorse is a mockery to the situation that Black people find themselves. RAP is convinced that granting land and full citizenship rights to diaspora Africans is a sure way to give African development a much needed impetus as Africans in the diaspora do not return empty handed but with substantial financial capacity and rare skills and knowledge. Indeed as Marcus Garvey adamantly responded to the western bigotry through his back – to – Africa rallying call, “People of African descent could establish a great independent nation in their ancient homeland of Africa.”

Miners stuck with gems worth billions