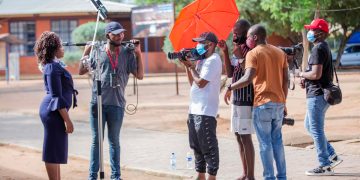 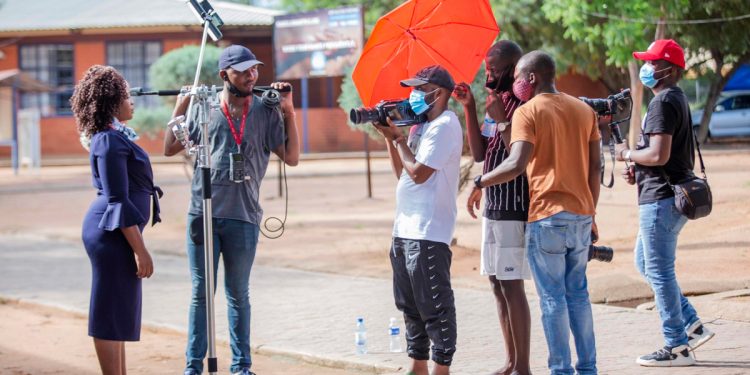 A Botswana-produced film called Dithunya tsa Rona has won the Best International Feature Award in the United States. The award was announced over the weekend from the Baltimore International Black Film Festival in the US adding to a string of awards that the film has scooped in just four months since its release including Best Supporting Actress for Tshepie Olds and Best Emerging Filmmaker for Jenny Ledikwe.
The film was conceptualized by the Upright African Movement and written by Jenny Ledikwe. In Dithunya, a young social worker goes on a mission to solve the mystery surrounding child pregnancies. This lead role is played by Merciah Bonolo Moletsane who delivers a powerful performance as a survivor of sexual assault.
Perhaps the film’s secret weapon is its all-star supporting cast led by Botswana-born international actor Donald Molosi. In the film, Molosi gives a chilling performance as a schoolteacher called Mr. Kago. Molosi’s film career began in 2007 when he was cast in Green Zone opposite Matt Damon and he has since had a career that included A United Kingdom, opposite Academy Award winner Rosamund Pike. Molosi was most recently in 2064, a queer love story that was nominated for the Grand Prix in Sweden and made the film eligible for an Oscar nomination. In Dithunya, the award-winning Molosi plays a villain which may surprise his fans who may not have seen the actor play dark characters before.
Molosi says of Dithunya, “The cast is strong. Since Folk Tale Casting was on the job, our cast was also 100% Batswana. When Jenny brought on an assistant director, Dithunya became even more powerful.”
Veteran actor Kgomotso Tshwenyego plays a supporting role as well. Like Molosi’s character, Tshwenyego also plays a villain. Tshwenyego, who starred in No. 1 Ladies Detective Agency directed by Anthony Minghella is no stranger to the big screen.  In contrast to the maternal character she played as Ruth Khama (Rosamund Pike)’s midwife in A United Kingdom, Tshwenyego portrays an abusive grandmother in Dithunya.
Dithunya tsa Rona officially premiered at New Capitol cinemas in June earlier this year. The film is in talks to be shown on Botswana Television particularly given its family-oriented themes.