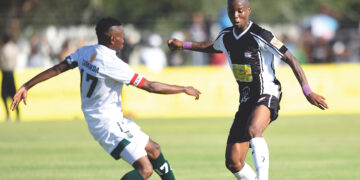 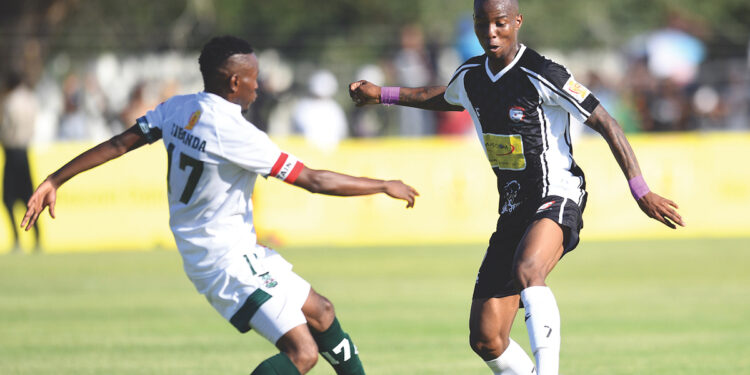 Future of five clubs hang by a thread

Clubs preparations disrupted by on & off ban

The football fraternity experienced a short-lived moment of joy before all sporting activities were frozen for three weeks recently by President Mokgweetsi Masisi, as part of efforts to contain the third wave of the deadly Delta variant of Covid19.

The disruptions have brought all preparations by local clubs affiliated to Botswana Football Association (BFA) to a standstill. The situation is worse for teams that have since been denied club licensing by the Botswana Football Authority (BFA) namely; Mogoditshane Fighters FC, Notwane FC, Gilport Lions FC, Extension Gunners FC and Mahalapye Railway Highlanders.

BFA Club Licensing Manager Pako Moakofi explained that they award licenses based off a  5 criteria check list which; sporting criteria, infrastructure, administration and personnel which requires for key personnel such as a club manager and finance manager as well as a

qualified coach with the requisite certificate. The 4th and 5th criteria and finance the former dictates that a team provide an audit report as well as a budget and also checks any pending debts while the latter is related to the nature of the club; whether it is a society or a company, annual returns and club membership.

According to Moakofi some teams failed to meet the above criterion and were denied their licenses thereof. “The appeal process requires clubs to submit the same documents that were submitted for the license application. There is no possibility of teams bringing on board a new arrangement in a bid to correct what they failed to meet on the check list when they first applied,” he added.

Public Relations Officer of Lobatse based Extension Gunners FC, Oarabile Kgosiesele admitted that they were denied a club license because of certain errors in their application as noted by the BFA licensing body. “We submitted what we still believe to be a thorough application but we didn’t meet the criterion for approval. I am however not at liberty to disclose reasons for the disapproval,” said Kgosiesele, adding that the growth of Extension Gunners FC is ultimately the growth of football in Botswana.

He said they remain hopeful that the BFA will look past any mistakes and consider their appeal. The team has not made any changes to their player list or their technical team as highlighted by Kgosiesele. “We have just decided to appreciate what is already on the table and are looking for ways to boost the team for a more impactful presence in the football industry,” he added.

Mogoditshane Fighters FC Public Relations Officer Kagiso Maruapula said he was not too familiar with the technicalities surrounding code of conduct. He further said he was not at liberty to discuss the team’s license revocation yet with the media. “I am not sure at the moment if I can get into deep context regarding the license issues but will do so when the time is right,” he said. He further said the licensing board will offer the club a license to which they commit to ensure their player safety and sustain their play on the premier league.  The team has successfully passed its Covid-19 compliance to allow them to resume training. In terms of preparations for return to play, Maruapula explained that the challenge with 1st Division is lack of revenue more so that there is currently no sponsorship from the football association.

Maruapula added that the newly imposed Covid-19 regulations have negatively affected any ongoing preparations coupled with restrictive funds.  “Coming to the Premier League and the way Covid-19 has shaken the economy, its uncertain whether or not sponsorship will be secured in time,” he mentioned.  He went on to explain that the club has been in the process of looking for players especially from the lower division because they cannot afford expensive players right now; unfortunately, they have not signed up anyone yet because they did not have enough time to make a solid observation. “The good thing is that the transfer window only closes on 30 September and hopefully we will be able to identify and sign-up new players,” he added.

Maruapula highlighted that while the BFA is doing a commendable job given the circumstances it is evident that they are also under pressure to meet deadlines and kick the ball rolling. “We don’t blame them; the market is not conducive. All industries have been hit hard and securing sponsorship is proving to be a challenge,” he lamented. In addition to the buildup of challenges, Marupula said it is unfortunate for them that they cannot interact with their supporters due to the pandemic highlighting that there has been a high rate of transmission in their time. “They should be aware that there is a need to adhere to existing protocols and interaction is a bit difficult with issues of compliance, “he mentioned.

Gilport Lions FC general Manager, Mpho Sephiri also refused to share elaborative reasons as to why their team license was revoked but revealed that they have since appealed the decision and are awaiting feedback. “We are ready to return to the field although the only setback right now is the closure on sporting activities. I am assuming we will be ready for the league in 3 weeks once we are allowed to resume training,” she added. Sephiri further mentioned that the club has not made any changes during the current transfer window for both players and the technical team; but have a couple of players that are being assessed for possible recruitment. Sharing in the equal frustrations of license revocation was Notwane FC Public Relations Officer Mogomotsi Orapeleng who was quick to dismiss the subject on grounds of the current closure of sports. “There is nothing much to say about anything because everything has been closed right now.  There is nothing we can do except to wait for them to get back to us,” he said. Orapeleng also said there is no reason to prepare right now and they will only be able to pick up when the regulations allow for resumption of sport. “We cannot even put together a plan and will have to reschedule all activities,” he added.

Contrary to some misfortunes in the football fraternity, Prisons XI FC is swimming in a pool of positivity because they have been granted their club licensing. The team’s Public Relations Officer Mbiganyi Tibone said the momentum is high although they continue to face a few challenges as a result of the new normal. “The pre-season usually works with prescribed schedule but nit has been difficult with the new regulations due to the ongoing pandemic. It was not a regular time but we had to make do with whatever was available,” he mentioned. In the middle of returning to play, Tibone highlighted that player safety was at the top of their list and it was their task to ensure that they do not compromise on the quality of the team’s training experience nor their health. “We have done the two-week interval testing of players and the technical team. Football is a contact sport after all and the biggest concern is always how we can ensure safety even on the blind spot unbeknown to everyone else,” he added.

Another team reeling in a wheel of positivity is BDF XI FC which has also been able to secure their club licensing. Public Relations Officer Philimon Mompati said the club is looking forward to a transformative strategy ahead of the new season which will take place after their Annual General Meeting scheduled for 25 September. “The meeting was meant to take place last year as per our constitution which dictates that members only maintain office for 4 years however Covid-19 took over. We are hopeful that our strategy will come into effect once we have selected a committee during the AGM,” he explained. The club has also had a long list of transfers despite experiencing problems with gathering players because of the on and off due to Covid-19 regulations.

Players released from the club include Tumiso Mashakola, Remmington Masuku, Mutawakil Abubakar and Arnold Bonang. New signings include Kagiso Matlou (goalkeeper from Mochudi Rovers), Olebogeng Rank (leftback from Prisons XI), Kitso Kgopa (lift winger from Holy Ghost FC), Thabo Metlhayotlhe (striker from Molepolole City FC) and Obakeng Mabechwana (Central Defender from Matebejana FC).  “All I can say however is that we have our eyes on Mascom Top 8 because its quick to reward and takes place over a short period of tie. As for the league we have agreed with the coach to at least get us to the top 4,” he mentioned.

‘I look up to Bolt’ -Tebogo